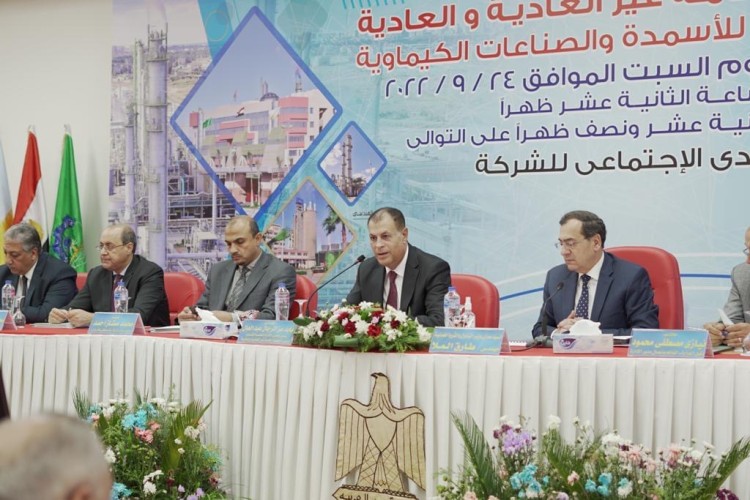 Abed Ezz El Regal, the Chairman of Abu Qir Fertilizers Company (AFC), declared that his company has achieved growth in its profits worth 158% reaching EGP 9 billion during fiscal year (FY) 2021/22, compared to EGP 3.5 billion during the previous year.

This announcement was made during the general assembly of the company chaired by Tarek El Molla, the Minister of Petroleum and Mineral Resources, and attended by senior petroleum officials.

Ezz El Regal added that AFC recorded revenues from its sales amount to EGP 16.3 billion compared to EGP 8.8 billion during the previous year, representing an 85% increase. He noted that the company achieved very good results despite the global challenges due to the impact of the Ukrainian-Russian war.

Additionally, the chairman said that AFC has provided 18 million packages of fertilizers to the Ministry of Agriculture and Land Reclamation as well as it has exported the remaining production to 24 countries.

Ezz El Regal also mentioned the latest maintenance and reforms made within the company’s projects in addition to applying a digitalization strategy and using renewable energy in generating power.

Moreover, the chairman announced the approval of distributing coupons worth EGP 3 per share.

For his part, El Molla has praised the company for its efforts in increasing productivity, marketing, and replacing and renewing its plants. El Molla also hailed the distribution of coupons.