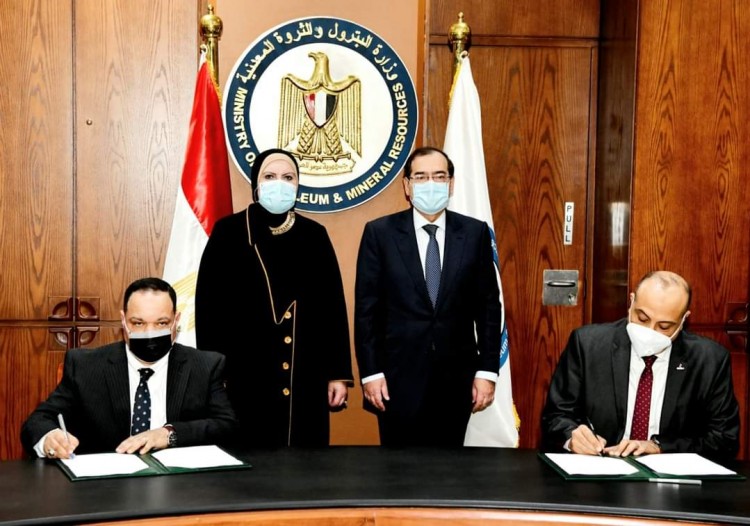 Witnessed by Petroleum Minister Tarek El Molla and Minister of Trade and MSMEDA’s Executive Director Nevine Gamea, the signing took place at the headquarters of the Ministry of Petroleum and Mineral Resources, a statement from the ministry reported. The signatories of these agreements included MSMEDA Head of the Central Sector for Non-Financial Services Raafat Abbas, Gastec Chairman Abdel Fattah Farahat, and Car Gas Chairman Hasanen Mohamad.

Commenting on the deal, El Molla said that this step comes within the framework of the presidential initiative to expand the number of vehicles running on natural gas, and it also represents a positive model for effective cooperation between government institutions. This new phase of the project will contribute effectively to the implementation of the plan to promote the use of natural gas as a safe and clean fuel that will also advance economic development, El Molla added.

For her part, Gamea stated that MSMEDA has allocated EGP 1.2 billion to convert 150,000 vehicles within three years. In addition, the agency aims to give the citizens an incentive to convert their cars to run on natural gas and to facilitate the required financing procedures.

MSMEDA Facilitates NGV Conversion in Installments Up to 5 Years