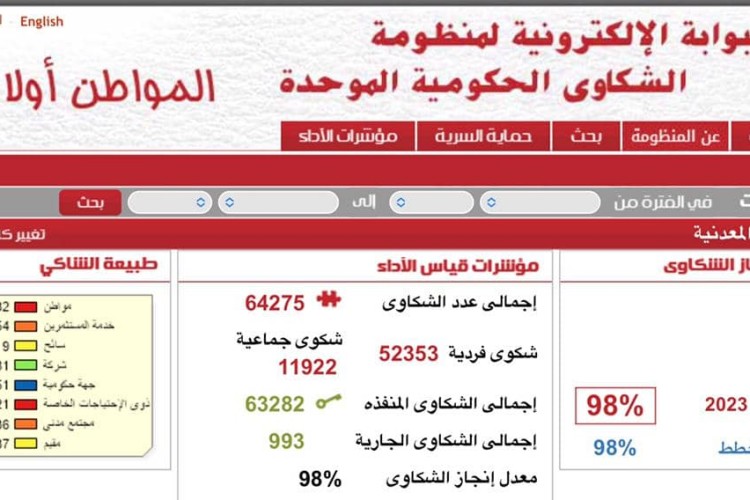 Minister of Petroleum and Mineral Resources Tarek El Molla pointed out the Ministry’s full keenness to respond and deal with any complaints received from the unified government complaints system or through the emergency numbers designated for each activity, the ministry said in a statement.

The minister stated that the performance achieved by the government complaints system during its continuous development confirms the state’s keenness continuously communicate with citizens, respond quickly and resolve any problems that may arise.

El Molla highlighted the importance of the Ministry of Petroleum and Mineral Resources continuing to be at the forefront of the ministries that cooperate with the system and achieve the highest response rates as an inherent right for citizens who see the system as a strong communication gateway with the government through which they achieve the highest and fastest response to their complaints through the procedures and requirements followed to achieve this.

The Ministry of Petroleum and Mineral Resources has achieved response and resolution rates in complaints received by the system since its inception until now, amounting to 98%, out of a total number of complaints amounting to 64,272 complaints, through the Egyptian General Petroleum Corporation (EGPC), the Egyptian Natural Gas Holding Companies (EGAS), Ganope Petroleum Company, the Egyptian Petrochemicals Holding Company (ECHEM), the Egyptian Mineral Resources Authority (EMRA), and subsidiaries such as Egypt Gas Company, Modern Gas, Town Gas, Petrotrade, Petrojet, Petrogas, Misr Petroleum, Co-operation Petroleum, Butagasco, Gastecm Cargas, and others.

The response rates of the Ministry of Petroleum and Mineral Resources and its cooperation with the government complaints system are constantly trusted and praised by system officials. The Ministry believes that dealing with complaints received through the system and removing their causes is an opportunity for permanent improvement and development of the services provided to citizens by oil and gas sector companies, especially since their work in light of the expansion and spread it achieves interferes with the backbone of daily life.

The ministry also keeps pace with any development made by the system to find the greatest degree of integration and speed of completion of the work. In cooperation with the system, the Council of Ministers and localities, it is mentioned about any work that may be carried out in different regions at the level of the Republic, such as adding smell to natural gas or any construction or repair work that takes place.