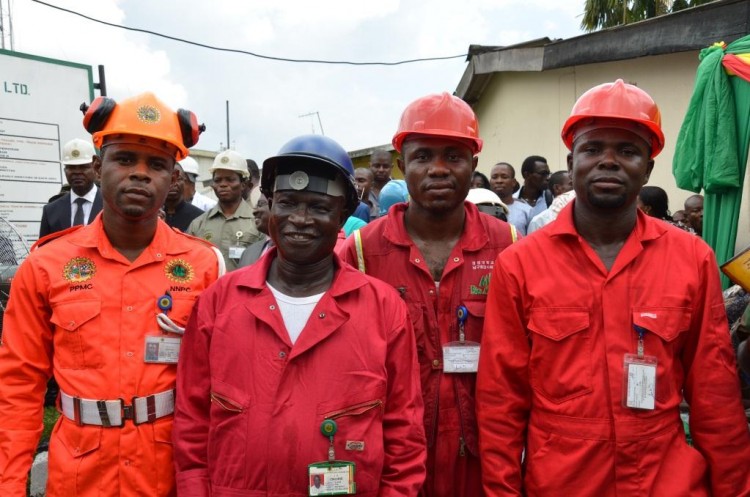 A forensic audit of Nigeria’s state oil firm released on Monday said the company, accused of corruption, actually overpaid the state by almost $750 million, but should still pay it an additional $1.5 billion.

Outgoing Nigerian President Goodluck Jonathan released the audit days after his elected replacement, Muhammadu Buhari, pledged to issue the report and crack down on corruption in the energy company once in office.

Details in the PriceWaterhouseCoopers audit said NNPC actually overpaid by $0.74 billion in the period between January 2012 to July 2013, after remitting $50.81 billion to federation accounts of the $69.34 billion it had received.

The balance of $18.53 billion was accounted for through various operational costs, unremitted revenues by a subsidiary and gasoline and kerosene subsidies, it said.

Sanusi had told a Senate committee in 2014 that NNPC had received $67 billion and handed over only $47 billion.

After the allegations, Jonathan publicly dismissed the claim and replaced Sanusi, saying the banker had mismanaged the central bank’s budget. Sanusi has since become Emir of Kano, the country’s second-highest Islamic authority.

The PwC audit, however, said NNPC and its upstream subsidiary, the Nigerian Petroleum Development Company, should hand over .

The report also recommended an overhaul of how NNPC is run.

“The NNPC model of operation must be urgently reviewed and restructured, as the current model which has been in operation since the creation of the corporation cannot be sustained,” it said in the 200-page document.

An earlier one-page version of the report, which had been due out in September, was released in February.

The affair has caused consternation in a nation long accustomed to reports of grand graft in Africa’s largest oil producer.