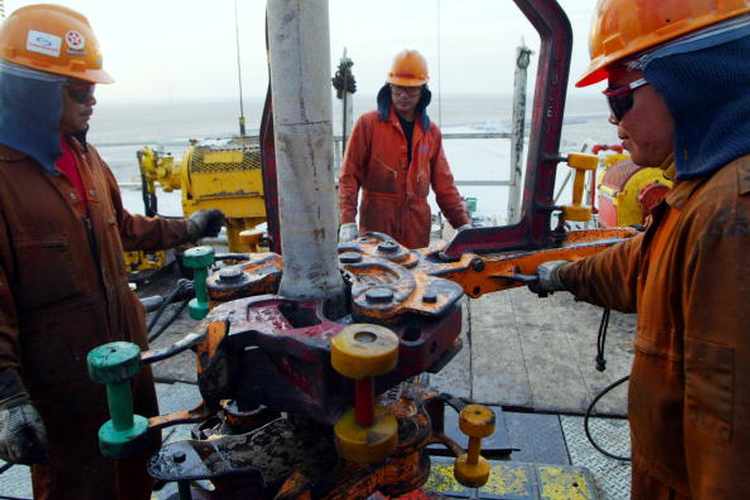 KUWAIT – JANUARY 15: Oil rig workers attach another piece of pipe onto the ChevronTexaco drilling platform January 15, 2003 near the Saudi Arabian border, Kuwait. Kuwait produces 10% of the worlds oil and has promised to increase production as needed in the event of a war in Iraq. (Photo by Joe Raedle/Getty Images)

Nigeria and West Africa-focused exploration and production company LEKOIL Oil and Gas Investments Limited (LOGL) has agreed to partner with Schlumberger for the next phase of the Otakikpo marginal field development, according to a press release.

The drilling program includes the phased drilling of up to seven new wells in Otakikpo with project capital expenditures (CAPEX) estimated at $110 million, of which LOGL is expected to provide funding of $44 million. These CAPEX estimates are a reduction of approximately 35% from previous estimates of $170 million announced back in July 2019.

The drilling of the first two wells, estimated at $25 million, is expected to augment production capacity to approximately 10,000 barrels of oil per day (bbl/d), up from the current rate of 5,755 bbl/d. Funding for the first two wells will come from a combination of offtake financing from a subsidiary of a major international oil company and cash flow from existing production. Furthermore, funding for subsequent wells is expected to come from the cash flow generated by incremental production.

Rig mobilization is expected to occur as soon as the partners of the joint venture have both raised funding for the first two wells, according to their respective participating interest.