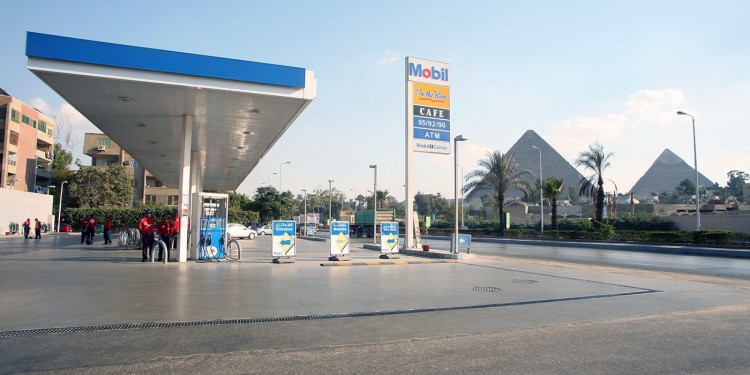 ExxonMobil, the leading company in providing high-quality fuels and petroleum products in Egypt, has opened new services and fuel supply stations in New Cairo City. The latest addition was Mobil Madinaty station at East  Cairo which came after a short time from the opening of Concord Plaza station in the Fifth Settlement, the Ministry of Petroleum and Mineral Resources said in a press release.

Currently, the company is finalizing another three stations in New Cairo to be opened soon, according to the press release. These inaugurations came in line with the company’s goal to meet the daily needs of its consumers and boost their trust through providing developed services across Egypt.

ExxonMobil offers its services through 350 Mobil fuel stations in addition to 200 Mobil 1 and Mobil Autocare services stations. During the past three years, the company has inaugurated new 19 stations in several governorates, including Sohag and Assiut and is working on adding seven stations during the upcoming period.

In the light of Egypt Vision 2030, ExxonMobil has also signed cooperation protocols with Gastec, Cargas and Mastergas companies to establish 50 units supplying compressed natural gas (CNG) in its Mobil stations.

Sherif Serag El Din, ExxonMobil Managing Director and Vice Chairman, said that the inauguration of such a station is one of our steps in the expansion plan for establishing new stations in various governorates to reach to our consumers and to cope with the country’s trend for the petroleum sector.

“Our main goal will be still to provide modern services and products to meet the increasing demand for the energy sources which will add to ExxonMobile successes stories in Egypt since 1902,” Serag El Din added.

ExxonMobil Egypt will keep its leading position in providing world-class products to the Egyptian market including Mobil Plus 95 which enables to clean and protect the car engines and improve its performance in addition to reducing fuel consumption.