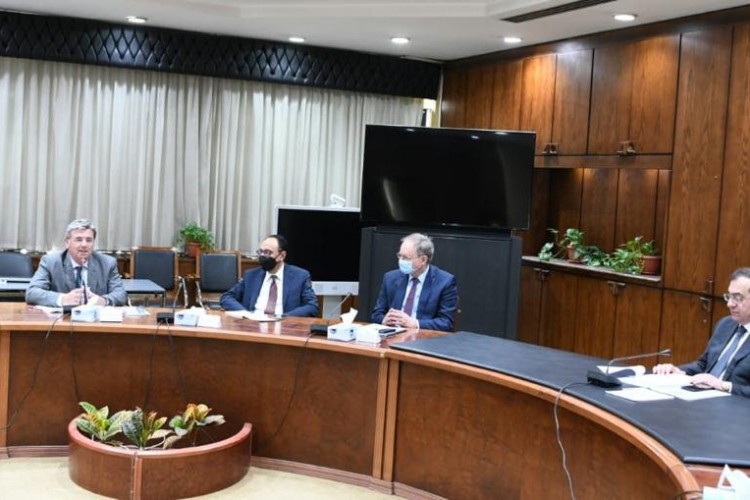 Minister of Petroleum and Mineral Resources Tarek El Molla received Christian Berger, the Ambassador of the European Union (EU) in Cairo, and his accompanying delegation, where they reviewed areas of joint cooperation between the petroleum sector and European companies.

The cooperation areas discussed included port development efforts, exploration of capabilities, and follow-up of projects in Egyptian ports and the maritime market in light of the memorandum of understanding (MoU) signed during the EGYPS 2022 conference with the Belgian Port of Antwerp. The talks further extended to maritime and river transport activity, trade and circulation of natural gas and petroleum products, in addition to areas of cooperation in reducing emissions, producing and storing hydrogen, training cadres, and energy efficiency projects at petroleum sites, as well as Egypt’s preparations to host the COP27.

During the meeting, El Molla stated that the areas of cooperation between Egypt and the EU are great, especially between the petroleum sector and European companies, pointing to the importance of accelerating hydrogen production and storage projects and energy efficiency projects, especially in Egyptian ports.

Meanwhile, Berger praised Egypt’s record rates in the field of natural gas delivery to households, as it represents tangible successes on the ground, expressing his pride in the EU’s contribution to many ambitious and successful projects in the petroleum sector, whether through financing or providing technical support.