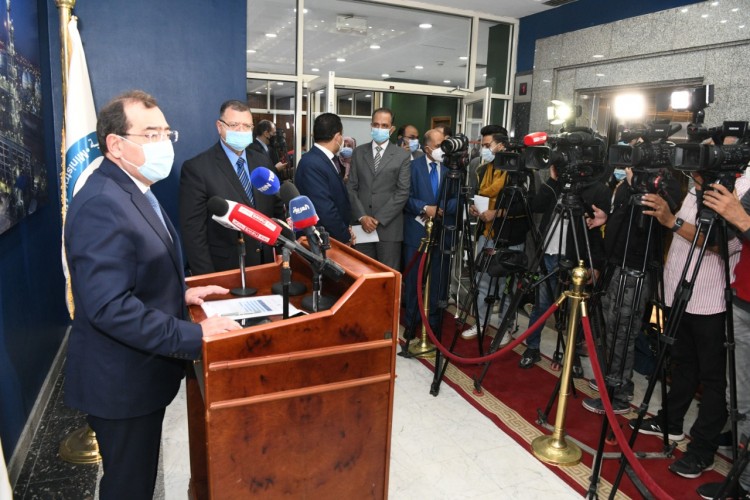 Tarek El Molla, Minister of Petroleum and Mineral Resources, announced the results of Egypt’s gold bid round, where 11 national and international mining companies won the rights for exploring 82 concession areas for gold in Egypt.

The winning companies include; Centamin, Barrick Gold, Lotus Gold Corporation, B2Gold, Red Sea Resources, AKH Gold, and SRK Consulting. The Egyptian companies include; MEDAF, Al-Abadi, North Africa Mining and Petroleum Company (NAMC), and Ebdaa for Gold Mining. The companies will cover 82 concession areas on an area of 14,000 square kilometers (km2) in the Eastern Desert with an initial investment of $60 million minimum. The minister added that the exploration and exploitation operations will be carried out in line with the recent legislative amendments immediately to expedite the operations.

The minister also announced the launch of a second mining round that includes 208 concessions on an area of 38,000 kilometers in the Eastern Desert, indicating that the bid will continue throughout the year. This provides several opportunities for gold mining investments. El Molla also announced a new international bid round for mineral ores and associated minerals exploration starting today, November 19, until mid-March 2021, covering areas of about 16 km2. The ores mentioned include; iron, phosphates, copper, white sand, feldspar, potassium salts, lead, zinc, kaolin, and Lake Nasser silt.

The minister emphasized that the reformation of the mining sector, training cadres, and promoting mining investment opportunities are essential. He further indicated that Egypt’s economic reform, political and security stability, in addition to the mining legislative framework create an attractive climate for investors.