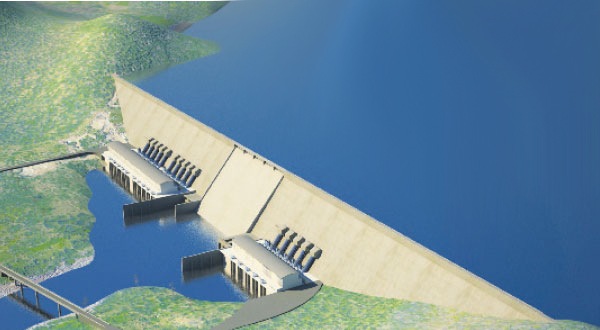 Sudan’s Minister of Electricity and Water Resources, Mutaz Musa, said that the country is preparing to construct a power transmission line, which will have the capacity to transmit 3,000MW, from the Grand Ethiopian Renaissance Dam (GERD) to link Ethiopia and Sudan electricity networks, ESI Africa reported.

Musa added that Sudan would increase imported electricity from Ethiopia to 300MW instead of the current 200MW in the coming summer season, according to Sudan Tribune. This boost will help the country combat power shortages. Sudanese government acknowledges the gap in electricity production and attributes that to the impossibility to import new power generation units due the economic sanctions on the country.

The multi-billion dollar dam is being constructed on the Blue Nile, about 20km from the Sudanese border, and has a capacity of 74bcm, and is expected to generate electrical power of up to 6,000MW. This dam and others are built in Ethiopia are to generate power covering not only the needs of land locked country but the whole region. Musa said that Sudan, Ethiopia and Egypt are committed to cooperate on GERD. He stressed that the three countries have officially agreed to continue negotiations on the GERD.

On his part, Ethiopia’s Minister of Water, Irrigation and Energy, Motuma Mekasa, stated that GERD is 54% complete and pledged to accelerate construction process to complete the project within the set timeframe.