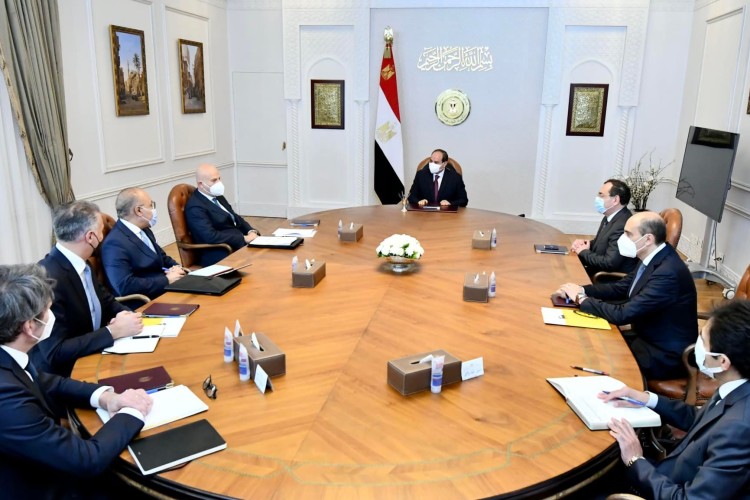 President Abdel Fattah El Sisi received a delegation from the Italian oil company Eni headed by Claudio Descalzi, CEO of the company, in the presence of Tarek El Molla, Minister of Petroleum and Mineral Resources.

During the meeting, the President valued the existing partnership with Eni, and the various activities that the company implements in Egypt according to the highest international standards. He expressed his aspiration for the company to continue its activities in the field of exploration and discovery with the aim of achieving optimal utilization of Egypt’s resources from the energy sector. He directed to continue intensive cooperation with the company and to overcome any obstacles that may face its business.

Meanwhile, Descalzi expressed that he is honored to meet the Egyptian President, stressing that Egypt represents one of the most important markets for the company’s activity and work in the world in light of the promising opportunities in the energy sector in Egypt.

Descalzi reviewed the developments of the various projects implemented by the Italian company in Egypt in cooperation with government agencies, and various Egyptian companies. The discussion focused on projects such as the production of natural gas in Egypt as well as the export of liquefied natural gas (LNG) via the Idku and Damietta liquefaction plants, which are currently operating at full capacity.

The meeting reviewed the contributions of Eni in the new and renewable energy sector, especially with regard to green hydrogen production, in light of Egypt’s hosting of COP 27 next November in Sharm El-Sheikh.