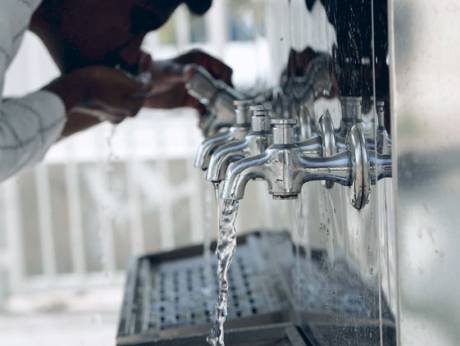 Saudi Arabia will raise the price of water for non-residential consumers, a move widely perceived as a sign the government is cutting back an expensive system of subsidies thanks to low oil prices.

Other Saudi newspapers quoted unnamed sources in the Ministry of Water and Electricity as saying the government aimed to reduce the growth of water consumption and discourage waste.

Residential users, however, will not pay higher prices, despite the fact that Saudi Arabia is suffering an annual state budget deficit exceeding $100b. It is also not clear how much money will be saved through move.

In other developments Bloomberg quoted Bank of America Merrill Lynch as saying that Saudi Arabia faces an “elevated” risk of another credit rating downgrade by Standard & Poor’s.

“Based on planned fiscal consolidation measures, we think the risk of another downgrade” is elevated, said Jean-Michel Saliba, Middle East and North Africa economist for Bank of America Merrill Lynch.

He added that the “focus will however increase on the credibility of policy initiatives, especially those related to subsidies, taxation, and infrastructure spending.”

Finance Minister Ibrahim al-Assaf had said previously that the kingdom was working on attracting foreign investment as part of efforts to reduce its reliance on oil revenue.

Saudi Arabia is ready for the challenges posed by the oil price decline and will overcome them, he insisted.