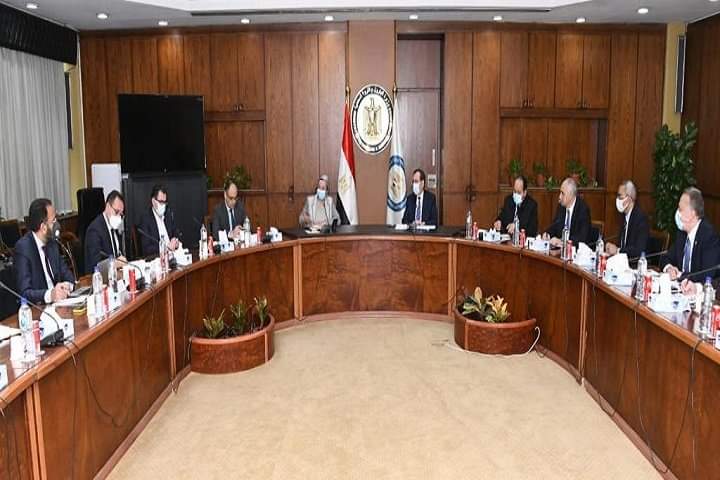 Minister of Petroleum and Mineral Resources Tarek El Molla met with Minister of Environment Yasmine Fouad to review their preparations and readiness to host the UN Climate Change Conference 2022 (COP 27) in coordination with the Ministry of Foreign Affairs.

Set to take place in Sharm El-Sheikh in November 2022, preparations for COP 27 are being managed through a higher committee for coordination between the various ministries and entities participating in the conference.

El Molla pointed out the importance of Egypt’s hosting of COP 27 on behalf of  Africa, noting that the Egyptian state had a conscious and proactive vision through several initiatives. This includes the presidential call to increase the use of natural gas as a clean and environmentally responsible fuel for homes and cars. The initiative witnessed great attention and achievements over the past years, as it has surpassed what has been achieved over the decades since the beginning of these activities, the minister added.

Egypt is actually working through a national strategy to confront climate change and reduce emissions by 2050. This will be done through many distinguished initiatives that support the process of reducing emissions in the energy sector by promoting the use of natural gas as a fuel as well as projects to improve energy efficiency, El Molla noted.

He indicated Egypt’s keenness to present all these initiatives at COP 27, pointing to the existing cooperation with countries and international companies with the aim of exchanging views and reaching plans that would contribute to reducing carbon emissions.

In addition, he emphasized the importance of the East Mediterranean Gas Forum (EMGF) in supporting the expansion of the use of gas as a clean fuel. EMGF recently launched two initiatives to use liquefied gas as fuel for ships and use natural gas as part of plans to reduce emissions, El Molla explained. He added that members of the forum agreed that it has become a necessity to confront climate change by providing clean energy sources.

In recognizing the importance of cooperation between the two ministries. Fouad highlighted that the petroleum sector is one of the vital sectors that is concerned with renewable energy sources. She added that this is a crucial issue that will be discussed during the climate change conference because of its great role in reducing emissions and pollution as a consequence of  traditional energy sources. There are many successful models that can be presented during the conference after being presented to the Supreme Committee of the COP27 Climate Conference, she added.

The challenges that the environmental and petroleum sector faced during the last period were tackled with success together, Fouad stated. She noted that the proposed initiatives presented by the oil and gas sector will be presented in the preparatory meetings for the conference.