Oil Expat Kidnapped by IS from Cairo 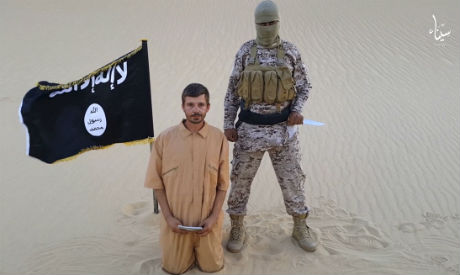 30 year old Tomislav Salopek, a Croatian surveyor in the oil and gas industry working with France’s CGG Ardiseis, was abducted last month on his way to work in Cairo, reported Ahram Online. Later Islamic Militants announced via the internet a threat to execute him if Muslim women were not released from Egyptian prisons. To help resolve the situation, Croatian Foreign Minister Vesna Pusic flew to Cairo together with Salopek’s wife, Natasha. Croatian President Kolinda Grabar-Kitarovic said she would talk to her Egyptian counterpart, Abdel-Fattah El-Sissi, about the Salopek kidnapping, and that Croatian authorities were doing all in their power to resolve it. Sinai Province, formerly known as Ansar Beit al-Maqdis, pledged allegiance to the IS group in November last year. The group has claimed responsibility for the deadliest attacks since the insurgency began two years ago.