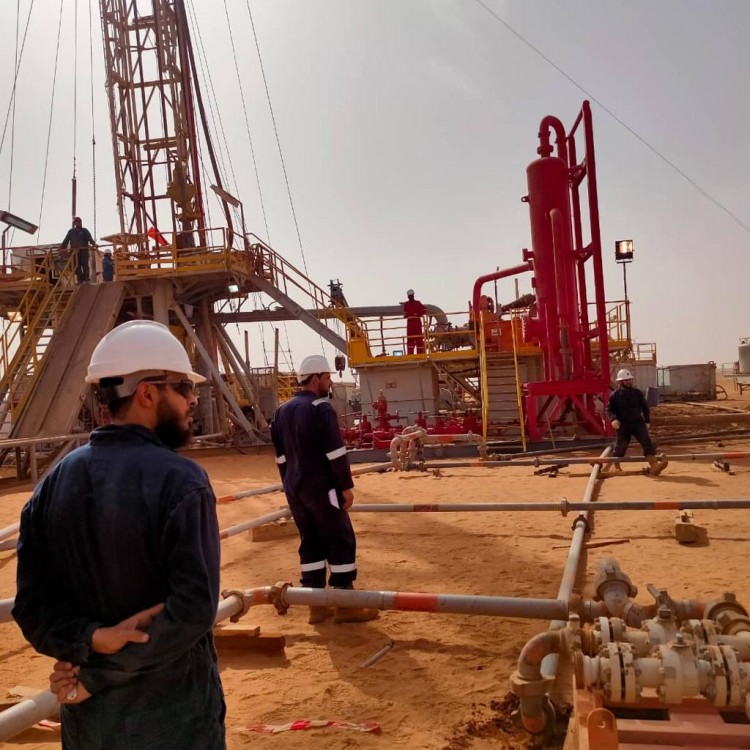 The National Oil Corporation of Libya (NOC) announced that it has completed the drilling operations of Erwan field of Zallaf company and it has put the first well of E04 on testing by applying the technology of zero gas flaring, a press release issued by NOC stated.

The company elaborated that the initial results were encouraging as the well is predicted to produce more than 1,800 barrels per day (bbl/d) and the test will be continued at different rates until reaching the required results to assess the well accurately.

Meanwhile, the statement cited that oil produced from the Erwan field is moved by private transport to the surface equipment in Al-Sharara field of Acacus Oil Operations company, which is far about 100 km from Erwan field.