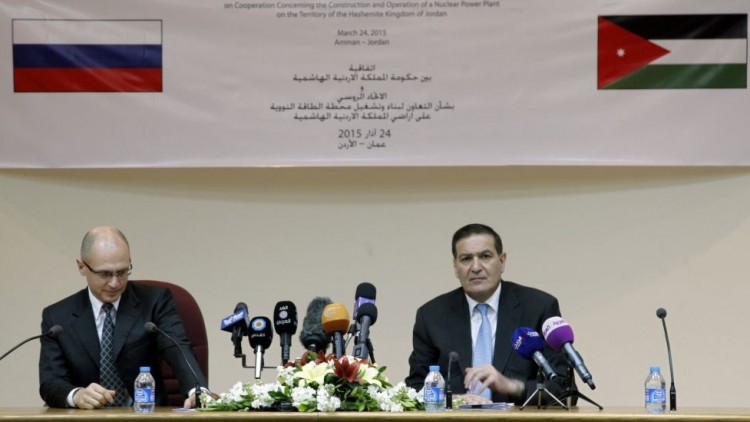 A delegation headed by the chairman of the Jordan Atomic Energy Commission, Dr Khaled Toukan, visited the Rostov nuclear power plant in Russia, on October 14 and 15, revealed Trade Arabia.

The program started with a visit to the Rostov nuclear power plant, with the delegation inspecting two power units – one fully operational, the other under construction – and visiting the control panel in the engine room.

They were also introduced to the system for managing the design and construction of complex engineering objects based on the Multi-D technology.

According to Al-Bawaba Commission representatives also visited the Volgodonsk branch of JSC “AEM-technology” “ATOMMASH” and witnessed a shipment of the reactor vessel for the first unit of the Belarusian nuclear power plant.

Dr. Khaled Toukan said he was impressed by what he described as the excellent work of Russian nuclear scientists and engineers.

The tour was organized by JSC “Rusatom Overseas Inc.” as part of the effort to build Jordan’s first nuclear power plant with Russian help.