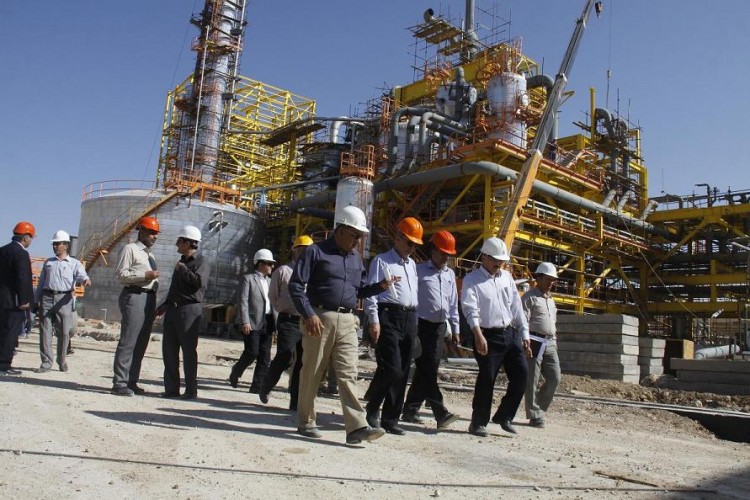 Iran is building the world’s largest methanol plant which the country is touting as a rival to US shale gas.

The facility is being built to produce two million tons of methanol per annum or 7,000 tons per day.

Peyvandi says the first phase of the plant will start production around August, with full operation expected in 2016, which is four years behind the initial schedule.

Iran hopes to raise its methanol production capacity to 25 million tons per year in the next five years and establish itself as the biggest supplier of the product.

Methanol has been tipped as alternative fuel in ships. In 2014, Japan and South Korea won the first orders to build vessels powered by methanol.

The fuel is already used in light aircraft and racing cars and its global demand is rising. Beside being a green fuel, it is cheaper and more abundant than diesel.

It is also preferable to LNG. Unlike liquefied natural gas which has to be super-cooled 162 degrees Celsius below zero for transportation, methanol can be stored in ordinary tanks.

Peyvandi predicts that Iran’s petrochemical products would challenge US shale gas for domination of the European market.

“The US needs to create transportation capacities and establish petrochemical units in Europe in order to export its shale gas products. It would be much cheaper for the European countries to import from Iran instead of the United States,” Peyvandi has said.

The official says Iran’s access to the Persian Gulf and its proximity to Indian and Chinese markets make the country an ideal source of energy.

The country has proposed the establishment of a petrochemical body within OPEC in order to adjust the market.

Iran currently has a capacity to produce 60 million tons of petrochemicals, which is expected to expand to 180 million tons next year as a number of projects are coming on stream.

Officials say the country is on course to earn as much as billion per year once the projects start production.

But financial constraints are undercutting progress. On Tuesday, parliament agreed to withdraw nearly $5 billion from the National Development Fund of Iran — the country’s safekeeping for rainy days – to finance its oil and gas projects.