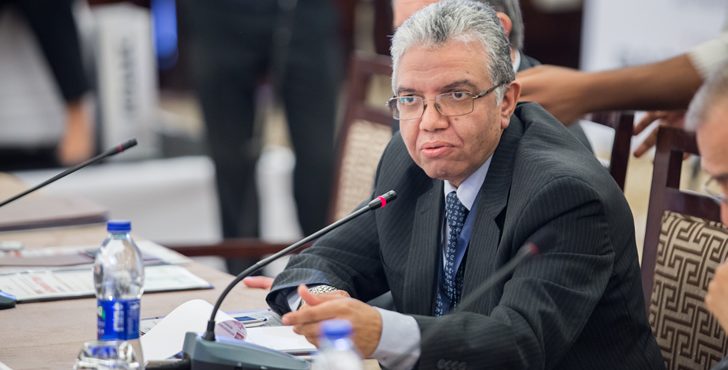 – Began as a Production Engineer, and advanced to become the Managing Director of production at Geisum Oil Co. (now Petro Gulf Misr) from 1985 to 1996.

– Head of production department for oil and gas at ADMA-OPCO in the Emirates from 1996 to 2000.

– Assistant General Manager of Production at Rashpetco from 2000 to 2004.

– General Director of Operations and a member of the Board of Directors of North of Sinai Petroleum Co. (NOSPCO) from 2008 until December 2009.

– Assistant Head of Operations at Pharaonic Petroleum and a member of the Board of Directors from 2010 till October 2012.

– Chairman of the Board and Managing Director of SUCO from October 2012 until January 2013.

– Chairman of the Board and Managing Director of Rasphetco and Burullus Gas since January 2013 and until February 2015.

– Deputy Chairman of EGAS for operations and networks from February to October 2015.