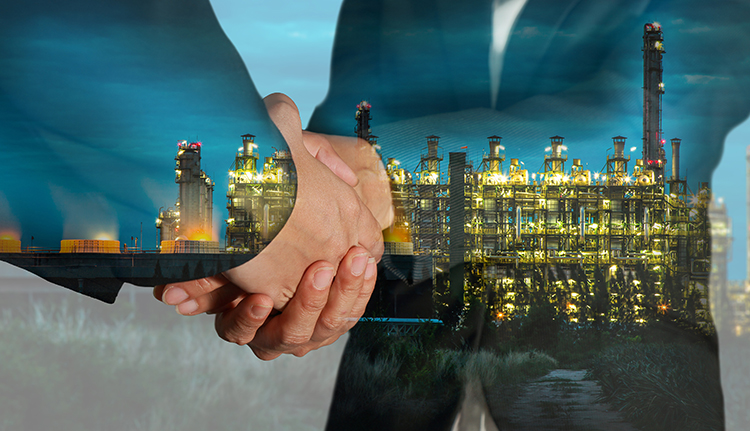 Infinity Power and its consortium partners, Masdar and Hassan Allam Utilities, announced that they have signed a framework agreement with leading Egyptian state-backed organizations for the development of a 2 gigawatt (GW) green program the Suez Canal Economic Zone (SCZONE).

The consortium signed two memoranda of understanding (MoUs) in April with Egyptian entities, related to the development of two green hydrogen production plants in the country, one in the SCZONE and the other in the Mediterranean. The consortium is targeting an electrolyzer capacity of 4 gigawatts (GW) by 2030, and an output of up to 480,000 tonnes of green hydrogen per year.

The agreement was signed in the presence of Mohamed Shaker, Egypt’s Minister of Electricity and Renewable Energy; Hala Al-Said, Egyptian Minister of Planning and Economic Development; and Sultan Al Jaber, UAE Minister of Industry and Advanced Technology, UAE Special Envoy for Climate, and Chairman of Masdar, on the sidelines of the 2022 United Nations Climate Change Conference (COP27). The agreement was signed by Mohamed Mansour on behalf of Infinity Power Holding, Mohamed Jameel Al Ramahi on behalf of Masdar, Amr Allam on behalf of Hassan Allam Utilities.

The “announcement serves to strengthen the ties between the United Arab Emirates and the Republic of Egypt and highlights our two nations’ commitment to delivering zero-carbon energy solutions. This 4 GW green hydrogen project follows Masdar’s announcement last week of a 10-gigawatt wind project in Egypt, also with our partners Hassan Allam Utilities and Infinity Power Holding – both will support Egypt’s decarbonization objectives. Through Egypt’s hosting of COP27, our two countries have also been able to exchange expertise and share insights that we will take forward and build on in the UAE when we host COP28 next year,” Al Jaber stated.

“We are honored to be working on our first ever Green Hydrogen project, as a part of the consortium with Masdar and Hassan Allam Utilities. The project is expected to facilitate economic growth for the country as well as help position Egypt as a Green Fuel Hub, propelling the country forward on its journey to becoming a green economy. We look forward to being a part of many such projects in the future,” Mansour commented.

“We are always working towards expanding our portfolio of services across all technologies of sustainable energy production. This is a milestone event for us at Infinity Power, and we look forward to continuing to build upon our efforts with more Green Hydrogen projects as we move forward towards making the vision of a sustainable Africa a reality,” Nayer Fouad, CEO of Infinity Power added.

The “announcement takes us a vital step closer to advancing this massive collaborative project, which stands to bolster Egypt’s energy independence and enable the production of high-value green hydrogen derivatives for export, like green ammonia. With one of the project’s two green hydrogen plants scheduled to come online by 2026, it is important we continue to maintain momentum to ensure timely completion of this groundbreaking undertaking,” Al Ramahi stated.

As per the agreement, the consortium will enter into a binding framework agreement with the Egyptian New and Renewable Energy Authority (NREA), Egyptian Electricity Transmission Company (EETC), SCZONE, and The Sovereign Fund of Egypt (TSFE). The agreement sets out the key terms and conditions for the green hydrogen development program with a focus on the first two projects of the program.

In the first phase of the project, the consortium will establish a green hydrogen manufacturing facility in the SCZONE, scheduled to begin operation by 2026. The electrolyzer facilities in the SCZONE and on the Mediterranean could be extended to up to 4 GW by 2030 to produce 2.3 million tonnes of green ammonia for export as well as supply green hydrogen for local industries.