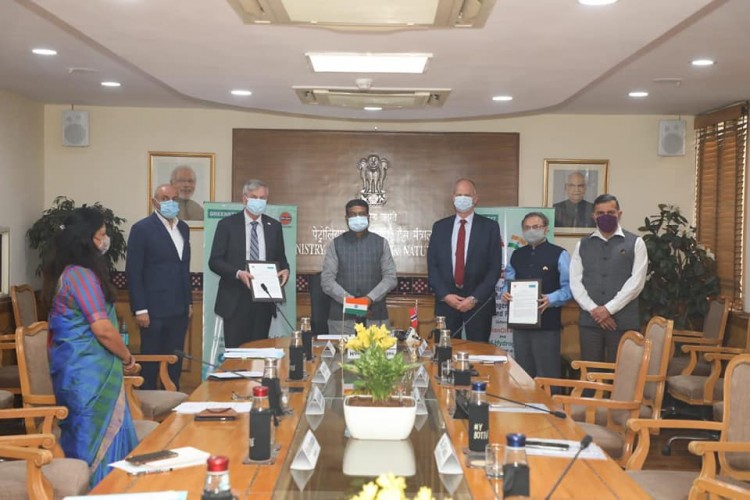 The Indian Oil Corporation has signed a statement of Intent with the Norwegian Greenstat Hydrogen company for establishing a Center of Excellence on Hydrogen in India, a press release issued by the Indian Ministry of Petroleum and Natural Gas announced.
The signature ceremony was attended by the Minister of Petroleum and Natural Gas, Dharmendra Pradhan and the Norwegian Ambassador to India, Hans Jacob Frydenlund, in addition to senior official of the ministry.

According to the statement, this project will benefit from the new technologies for developing new cost-effective sustainable and scalable solutions for green and blue hydrogen. Additionally, this transaction will enhance the bilateral cooperation between India and Norway, particularly in the energy sector.
For his part, Pradhan said that the Indian government seeks to boost the hydrogen’s share in India’s energy basket and positioning India as a global hub for manufacturing and developing hydrogen centric technologies.
According to the statement, there are several ongoing projects in the state on blue, green hydrogen and H-CNG.