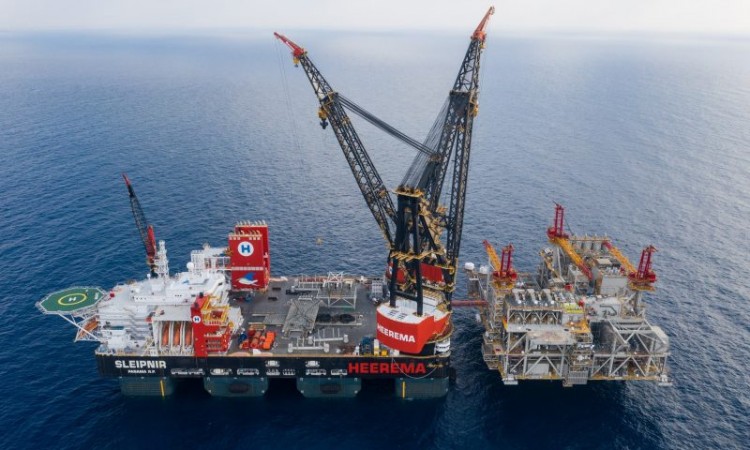 The Dutch company, Heerema Marine Contractors, were awarded a contract from HSM Offshore for the transportation and installation of Dana Petroleum’s  P11-Unity platform, according to a press release.

The platform is expected to support two production wells and associated utility and control systems in the Dutch North Sea.

Heerema will use their crane vessel, Sleipnir. The vessel is equipped with two cranes of 10,000 metric tonnes lifting capacity each and a reinforced deck area of 220 meters in length and 102 meters in width, making it the largest crane vessel in the world. The P11-Unity platform weighs around 400 tons.

The platform will be installed later this year following Sleipnir’s busy booking schedule in the North Sea. In April, Sleipnir lifted a module for Equinor’s Snorre A platform from the quayside at Aibel’s yard in Haugesund. Furthermore, in May, Sleipnir also transported and installed the Nova topside module on the Gjøa-platform.