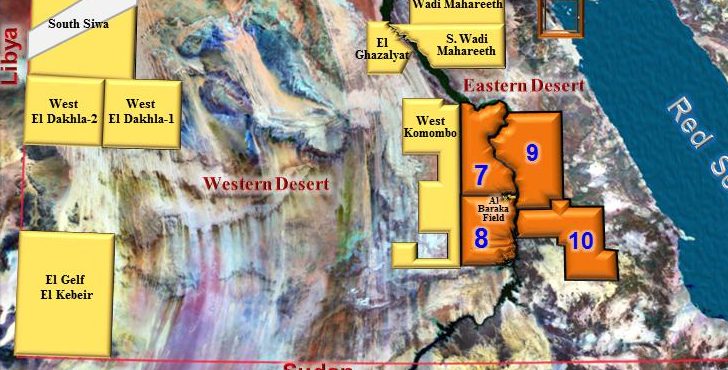 Ganoub El Wadi Petroleum Holding Company (Ganope) invites Oil and Gas Companies for 2014 International Bid Round, to explore/exploit for Oil and Gas. The Bid Round includes Ten (10) Exploration blocks in the South Gulf of Suez, West Nile and East Nile, as shown in the map and according to the Production Sharing Model Agreement applied in the Arab Republic of Egypt.

Interested Companies can review the technical data and purchase the Data Packages related to the Bid Round blocks upon their prior request and according to the relevant stated fees starting Tuesday, December 30th, 2014 at Ganope Premises:
El Nour Street from El Nozha Street, Nasr City, Cairo, Egypt P.O.B.: 3011 El Horria.

Blocks Principal Data Package, Bid Round Procedures Terms and Conditions and the Model Agreement can be obtained through Ganope website: www.ganope.com