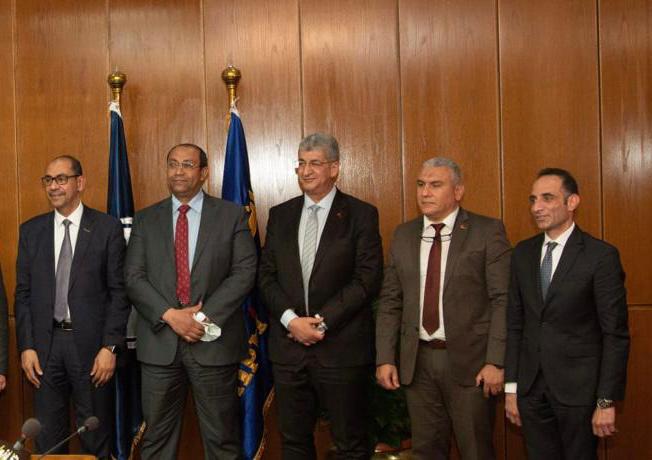 Engineering for Petroleum & Process Industries Company (Enppi) Chairman Mohamed Abdel Aziz announced that in 2021 the company achieved an increase in its net profit by 22%, compared to last year.

This came during Enppi’s general assembly meeting to review the business results for 2021 and discuss key performance indicators.

The company had designed, implemented, and operated many national projects with the highest levels of efficiency and quality, Abdel Aziz noted. He explained the most important projects it implemented, which culminated in the inauguration by President Abdel Fattah El Sisi of the gasoline production complex for the Assiut Oil Refining Company (ASORC). This facility aims to increase local production of high-octane gasoline in addition to increasing production of butane, which in turn reduces the import of these products. Enppi was the general contractor for the design and implementation of the project, which it won in an international tender.

Meanwhile, Minister of Petroleum and Mineral Resources Tarek El Molla has given the signal to start trial runs of the new asphalt production plant project for the Suez Oil Processing Company (SOPC). This facility works to meet the demands of local consumption in light of the urban expansion movement and the construction of new road networks that the Egyptian state is witnessing.

On an international level, Enppi also continued to continue to work and achieve success in light of competition with major international companies. This was realized through the implementation and delivery of several projects in Saudi Arabia for Aramco, in addition to designing and implementing projects for the UAE company ADNOC. Enppi was also contracted to design and implement projects for the Jordanian Fajr Company, Abdel Aziz said.

Abdel Aziz concluded by expressing his appreciation to El Molla for his constant support. He highlighted that the company’s policy follows the state’s approach and keeps pace with the sector’s trends to localize the latest technologies.