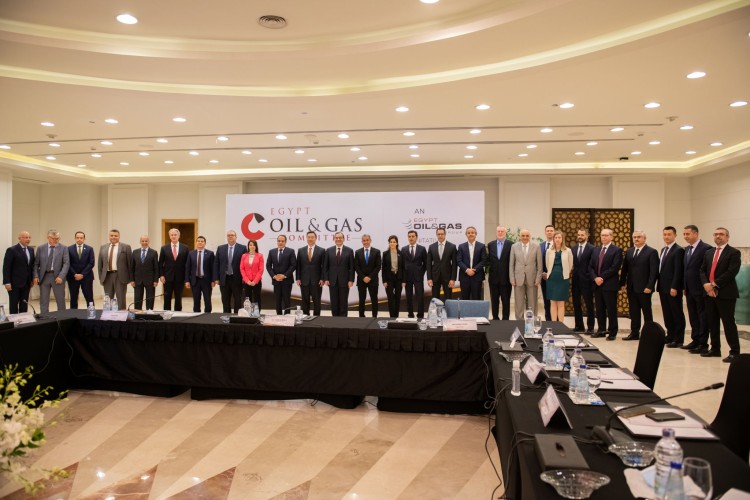 Minister of Petroleum and Mineral Resources Tarek El Molla met with the Egypt Oil and Gas (EOG) Committee Executive Board to discuss the committee’s plan for 2022. The meeting was held on March 28th, on the sidelines of the “She in Energy” Recognition Ceremony & Dinner.

During the meeting, El Molla expressed his confidence in the committee, praising its active participation in every event in the oil and gas sector and its willingness to make a success.

In his opening remarks, Mohamed Fouad, Founder of Egypt Oil and Gas (EOG) and the EOG Committee, stated the aim of the meeting is “Exploring Challenges, Producing Solutions.”

He also indicated that this year’s meeting celebrates 10 years of success for the EOG Committee since its establishment.

Fouad and David Chi, EOG Committee Chairman and Vice-President of Apache Corporation & Country Manager for Apache in Egypt, gave a presentation on the committee taskforces and what has been achieved so far in the taskforces’ strategies.

Chi explained in detail the Brownfields taskforce, its work, and plans for the upcoming period.

For his part, Fouad detailed the achievements of the committee’s other taskforces, including the Energy Transition, HSE, Sustainable Development, and Capacity Building Taskforces.

The EOG Committee also took the opportunity of “She in Energy” to announce the launch of the Women in Energy Task Force, which aims to engage and connect women in the sector to be able to provide the needed support and share expertise.

As the meeting came to a close, El Molla suggested having a representative of government in all the Task Forces to ensure communication between the public and private sectors. El Molla further encouraged business leaders to point out the obstacles they face, promising to help override these barriers in order to be ready to face the challenges of global energy prices’ fluctuation.