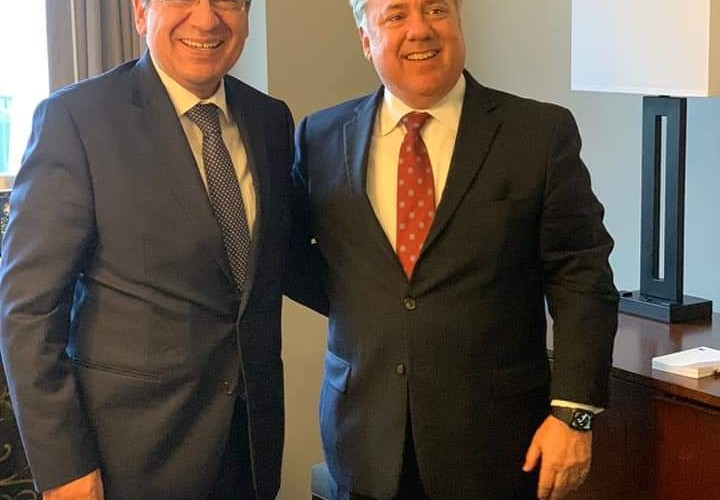 Minister of Petroleum and Mineral Resources Tarek El Molla held a session of talks with President of Chevron International for Exploration and Production Clay Neff, on the sidelines of his participation at the CERAWeek International Energy Conference in Houston, Texas

During the meeting, the two leaders reviewed Chevron’s activity in Egypt and its plans in its concession areas in the western Mediterranean and the Red Sea. The meeting further tackled the joint cooperation between the two sides in transporting natural gas from the eastern Mediterranean fields to re-exporting it by taking advantage of the infrastructure owned by Egypt to liquefy natural gas.

The continuous meetings with partners in the context of increasing petroleum investments confirm the extent of confidence and cooperation between the two sides and the common visions regarding support for exploration and production operations, El Molla stated. He pointed out that Chevron’s recent entry into the Egyptian market confirms the attractiveness of the petroleum opportunities offered by Egypt.

Meanwhile, Neff expressed his optimism about achieving significant business results in Chevron’s work areas in Egypt in light of the support provided by the Ministry of Petroleum. Neff also highlighted Chevron’s interest in accelerating the implementation of its plans, referring to the company’s participation in the Egypt International Petroleum Conference and Exhibition (EGYPS 2022).