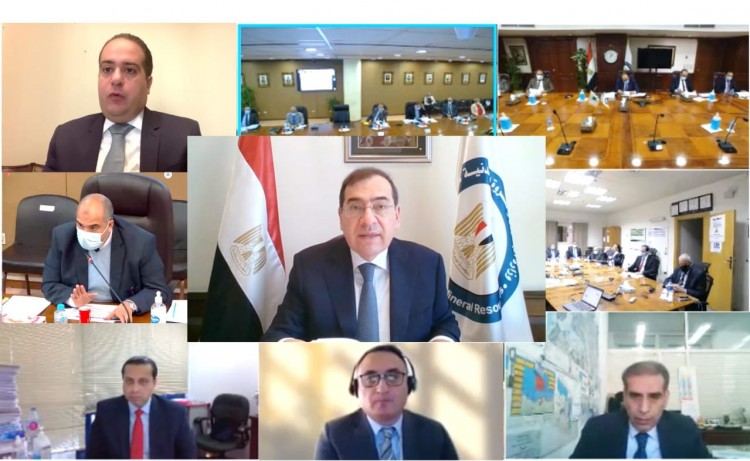 The Minister of Petroleum and Mineral Resources, Tarek El Molla, urged Agiba Petroleum Company and Pharaonic Petroleum Company (PHPC) to increase the number of their development and exploration wells in order to boost both companies’ production plans. The minister noted that the recent discoveries in the Western Desert only prove that the region has not yet revealed all its untapped potential.

The minister’s remarks came during the general assembly’s meeting of Agiba Petroleum Company and PHPC which was held via video conference to approve their planning budgets for fiscal year (FY) 2021/22.

El Molla also stressed the importance of adhering to safety and health standards in all petroleum operations by preparing health, safety, and environmental (HSE) professionals through programs to hone their skills.

He referred to the practical training with Eni to graduate safety professionals by obtaining masters’ degree and PhD in the HSE field. He also stressed on reviewing operation costs, which is based on reducing the cost of production per barrel, and the importance of increasing operations’ efficiency.

During the meeting, the companies presented features of their planned budgets for FY 2021/22, which were presented by Mohamed Baydoun, Chairman of Agiba, and Mohamed Samir, Chairman of PHPC.