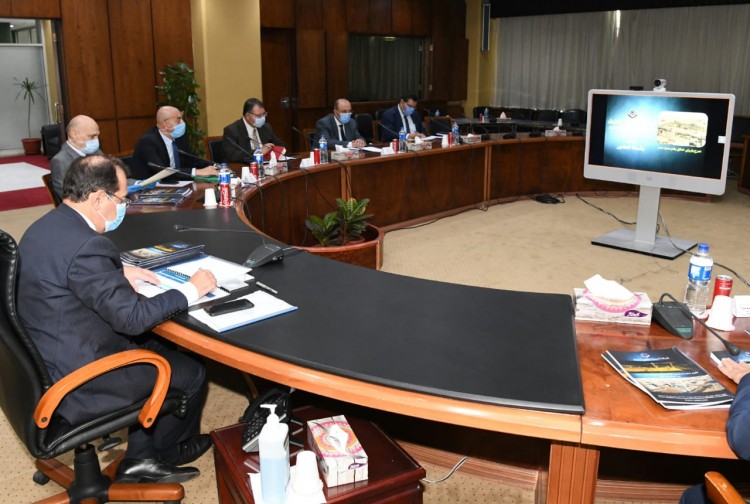 Egypt’s largest high-octane gasoline complex, located in Assuit, is expected to be fully operational by the end of 2020, Minister of Petroleum and Mineral Resources, Tarek El Molla, stated.

The $450 million project is part of several projects aimed to achieve gasoline self-sufficiency in the next few years. The project is expected to operate with a production capacity of 660,000 tons per year of naphtha in addition to producing butane.

As the ministry is currently working on increasing the circulation of petroleum products in the local market, El Molla added that Egypt’s consumption of butane has decreased by 5.5% during fiscal year (FY) 2019/20 compared to FY 2018/19. This decrease resulted from the ongoing natural gas delivery project.

The minister added that the ministry plans to expand the national grid to allow the circulation of crude and petroleum products to all regions, which will play a role in Egypt’s transformation into a regional energy hub.

The minister’s remarks came during general assembly meetings of some oil companies.  During the general assembly meeting of Assiut Oil Refining Company (ASORC),  Chairman, Mahmoud Al-Shaboury, stated that ASORC refined about 3.3 million tons of crude in FY 2019/20. With that, the company provided about EGP 14 billion in petroleum products including; gasoline 80 and 92, diesel, naphtha, butane, jet fuel, and mazut. He added that the refinery exceeded its butane production by 19% and 40% for jet fuel, aligning with the policy of maximizing the production of high-value petroleum products instead of low-value products. For FY 2020/21, the company plans to develop the current production units and the first distillation unit in the plant, in addition to implementing an enterprise resource planning (ERP) management system.

The minister also headed Petroleum Pipelines Company’s (PPC) general assembly with Emad Abdel Kader, PPC’s Chairman. Abdel Kader stated that the company has earned EGP 2.8 billion in revenues during FY 2019/20, an increase of 14%. PPC managed to transport 27.5 million tons of crude and condensates, a 17% increase over FY 2018/19, in addition to transporting 31.6 million tons of petroleum products and butane.

PPC has managed to complete several projects as well including the double pipelines of the Ras Bakr / Ras Gharib / Khashm al-Neck / Assiut cooker. Others like the extension of the south of Helwan / Bayad Al Arab / Beni Haroun pipeline and the replacement and renewal of three lines from Abu Qir to Khorshid in Alexandria as well as the replacement of the 256 km Mahalla / Shawa pipeline with EGP 1 billion in investments.

The chairman concluded that the company installed a new 177 GPS system to the company’s transportation vehicles, and will continue to implement an ERP management system.