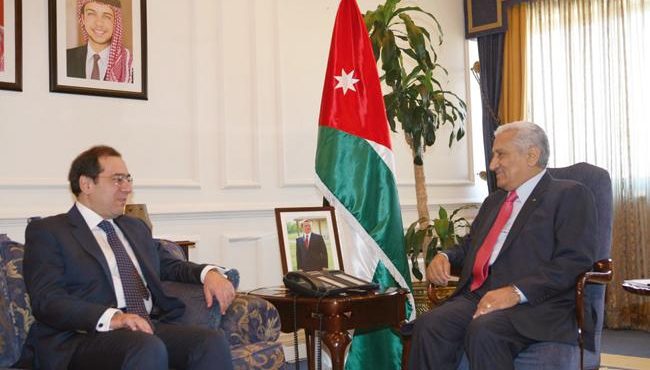 The meeting that was also attended by the Egyptian Ambassador to Jordan, Khaled Tharwat, revolved around the Zohr discovery, and how it will greatly affect the future of the gas market in the region.

According to The Jordan Times, Jordan is interested on importing gas from Egypt. Both countries, additionally, are keep on maintaining their electrical inter-connectivity. which can enhance bilateral trade and attract large-scale investments.