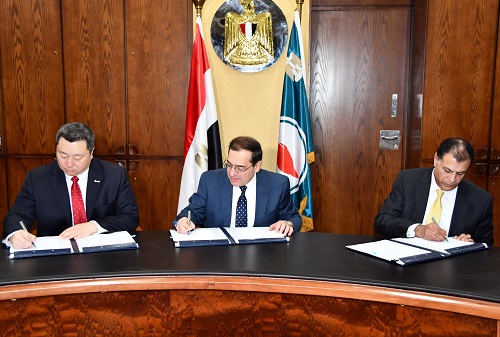 The Egyptian General Petroleum Corporation (EGPC) signed a $9 million agreement with Apache on July 18 to drill seven oil wells in the East Bahariya concession in the Western Desert with a signature grant of $30 million, Egypt Oil & Gas reports.

The oil ministry is in the process of finalizing another 14 agreements, El Molla said in a statement.

The ministry has completed 87 deals since 2014, the ministry said in a press release.

During the signing, El Molla said that these agreements will help Egypt to attract further foreign investments into the country’s oil and gas sector.