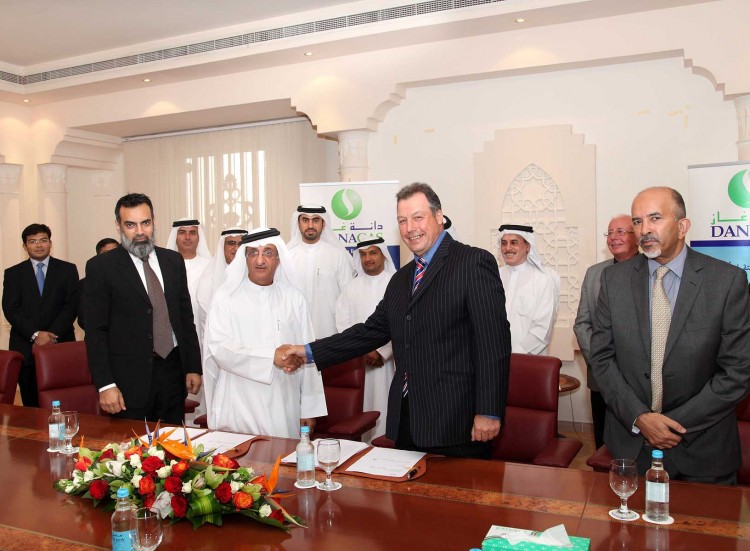 Sharjah-based gas company Dana Gas announced Sunday it will discuss collection of receivables in Egypt and Kurdistan in the next board of directors’ meeting on 24 June.

In a statement to the Abu Dhabi Securities Exchange (ADX), Dana Gas said it will consider discussing the progress of the company’s operations and projects in Egypt, the UAE and Iraqi Kurdistan.

The meeting will also tackle the company’s mid-year budget for 2015, ratification of first quarter (Q1) financial statements of the current year and the report on funding activities.

The Egyptian government’s last payment to Dana Gas, made in January and valued at $60m, has reduced the government’s debts to the company to $185m.

In March, Dana Gas announced that they will invest $350m in Egypt over the next 2.5 years, on top of its normal operating costs. The announcement comes after the company reached an agreement with the government guaranteeing that Egypt would pay overdue debts.

The figure represents the capital investments, excluding the operating costs, according to Dana Gas CEO Patrick Allman-Ward. He noted at that time that the amount will be spent on “new wells and facilities, debottlenecking, which will increase the company’s production from our existing facilities in 2017 by about 170mn standard cubic feet of gas per day, by 5,000 barrels a day of condensate, and about 300 tonnes of LPG”.

Earlier this month, Dana Gas and British Petroleum (BP) signed a participation agreement, where BP will conduct the drilling of a first exploration well in the El-Matariya onshore Concession Area, located in the Nile Delta.

In September 2014, Dana Gas signed a gas production enhancement agreement (GPEA) with the Egyptian Natural Gas Holding Company (EGAS) and the Egyptian General Petroleum Company (EGPC). According to the agreement, the company will work on drilling 37 new wells and carrying out maintenance of existing wells.

During Q1 of 2015, the company’s total production was around 37,700 barrels of oil equivalent per day (boepd), compared to 39,100 boepd in 2014. The company attributed the lower production to the “natural decline in gas wells”.

The company has also reported a net loss of $4mn in the last quarter of 2014, down from a profit of $128m a year earlier. The company blamed the loss on lower oil prices and a fall in the value of its oil and gas assets in Egypt.