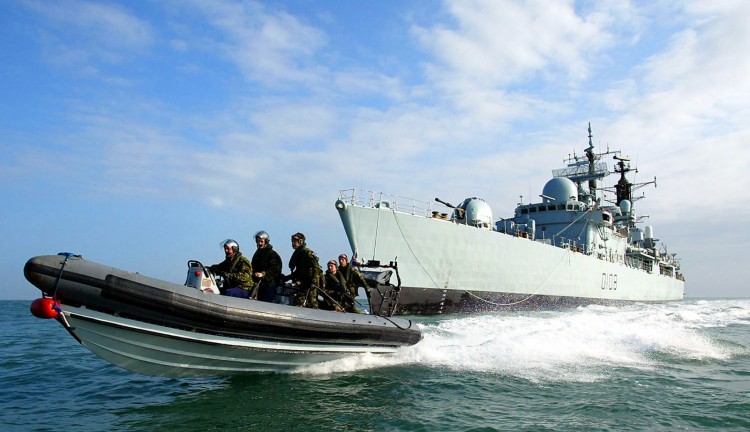 Bahrain-based Arab Shipbuilding and Repair Yard (Asry) has signed a long-term collaborative enabling agreement with Babcock, an engineering support services company from the UK, to undertake maintenance work on UK Royal Navy warships in the Gulf.

The agreement will cover work from general maintenance to specific projects such as the changing of diesel generators under the Sandown Volvo Generator programme, said a report in the Gulf Daily News (GDN), our sister publication.

Asry will deliver the in-theatre engineering support while Babcock provides project management and technical information through a locally-based class output management oversight team, and some specific equipment where required.

“Partnering with a global firm of Babcock’s scale and reputation will allow us to provide more efficient support to the Royal Navy, and is in line with the shipyard’s strategy to be the leading navy repair hub in the Arabian Gulf.”

Babcock Warships managing director Mike Whalley said the company had contracted Asry on numerous occasions to undertake work to Royal Navy warships in the past, and have developed a strong, supportive working relationship which this long-term agreement now secures and cements.

“The ability to deliver timely, high quality support in the Gulf region is an important part of Babcock’s role providing forward support to the Royal Navy anywhere in the world and, with the necessary facilities and local marine repair expertise in place, this long-term partnering arrangement with Asry will further strengthen our ability to provide this support reliably, to the required high standards – something that will become increasingly important with longer deployment periods,” Whalley said.

The agreement was signed by Whalley and Berge.

The GDN has reported that a new British naval base called HMS Juffair is due to open in Bahrain next year, coinciding with the 200th anniversary of relations between the countries.

According to outgoing British Ambassador Iain Lindsay, the UK has at any one point “1,650 military personnel, Type 45 destroyers, Type 23 frigates, four minesweepers, eight Tornado aircraft and three Merlin helicopters” in the Gulf, which will be supported by the new base.