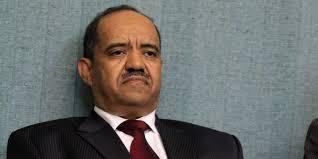 After more than a decade as Algeria’s Central Bank Governor, Mohammed Laksaci has been fired by President Abdelaziz Bouteflika apparently over his management of fall-out from the 2014-2015 global oil price drop, two government sources told Reuters.

The Central Bank Chief would be replaced by Mohamed Loukal, Chairman of State-run Banque Exterieure d’Algerie, one of the country’s largest government controlled banks.

The dismissal came as Algeria looks to confront the fall in global crude prices that has cut its energy revenues, devalued the dinar to record lows and turned a trade surplus into a deficit.  The country, a major gas supplier to Europe, still has around $140b in foreign reserves that officials say will cushion it from the oil price drop. But its energy earnings fell by nearly 50% in 2015, Today informed.

To face the situation, the OPEC state has started to take measures, including raising subsidized fuel and electricity prices, cutting back on infrastructure projects and trimming budget spending.