Ahead of OPEC Meeting, Crude/Dollar Trade Returns to the Market 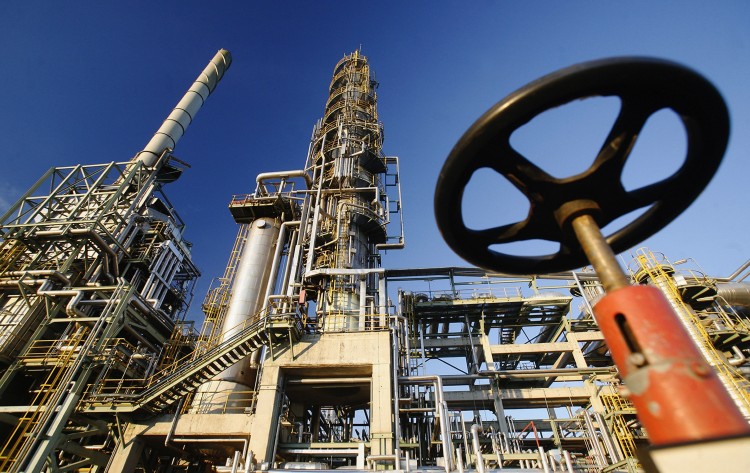 A once-popular pair trade pitting the U.S. dollar against oil prices has re-emerged in recent weeks, injecting a new wildcard into the market just as the Organization of the Petroleum Exporting Countries prepares to meet.

Through the second half of 2014, oil slid while the dollar rose, though market watchers viewed this inverse correlation as a coincidence. Oil’s rout was fueled by a swelling global glut, the dollar’s rise driven by European monetary easing and expectations of higher U.S. interest rates.

In recent weeks, however, oil market analysts and traders said it looked as though foreign exchange markets were jerking oil prices around. Oil market players are now paying closer attention to currency markets than they have since the European financial crisis.

About two weeks ago, Morgan Stanley analysts said an “uncanny” relationship has developed between the dollar index and benchmark Brent crude oil. The inverse correlation between the dollar and Brent is at its highest in three years.

On Friday, crude prices fell 2 percent the day before the U.S. Memorial Day weekend. This summer should see heavy gasoline demand as the American Automobile Association expects a 10-year high in U.S. road travel. Still, oil prices slid that day. The main factor: a 1 percent leap in the dollar index.

The dollar could strengthen more if the Federal Reserve raises interest rates later this year as expected. That would further pressure oil prices.

Salem Abraham, who runs the $275 million Abraham Trading Co commodities fund and owns oil acreage in Texas, said he wants to be bullish on crude but is wary that the dollar could spike.

If the greenback continues to rise, “then my bet will long dollar/short crude, regardless my emotions,” he said last week. Last year, his fund gained 21 percent on a long-dollar/short-oil bias, but it has since closed most of its oil positions. He now wants to see what the dollar does.

The dollar index has tumbled as much as 7 percent since hitting a 12-year high earlier this year.

Still, many traders expect the greenback to power higher on the view that the Fed will hike U.S. interest rates and the economy will keep strengthening – potentially putting new pressure on oil prices, and therefore on OPEC’s decision not to cut production in an oversupplied global market.

The group meets in Vienna on June 5 to debate policy at an already uncertain time for the market, with U.S. oil drillers ending a six-month retreat from shale fields and global oil demand growing at surprisingly brisk rates.

The dollar is up 20 percent since the middle of last year; oil prices are down 45 percent over the same period, even after retracing almost half their losses since hitting their January lows. Morgan Stanley said it is “structurally bullish” on a dollar rally that could unwind oil’s recent gains.

The inverse oil/dollar link is not as strong as it was during the financial crisis. Sector fundamentals are still likely to exert the biggest influence over medium-term movements in oil prices, analysts said.

The 25-day average correlation-log between Brent crude and the dollar index stood at negative 0.63 on Friday, indicating that the two instruments moved in opposite directions about two-thirds of the time.

At the height of the European crisis, the correlation coefficient, as it is known, reached -0.8, according to Reuters data. That means oil and the dollar moved inversely 80 percent of the time. But over the past two years, it averaged only negative 0.06, indicating no strong link.

The Merchant Commodity Fund, which manages $250 million, is also looking to the greenback for cues, said its London-based chief investment officer Doug King. The fund registered a 60 percent gain in 2014 largely on a short crude bet.