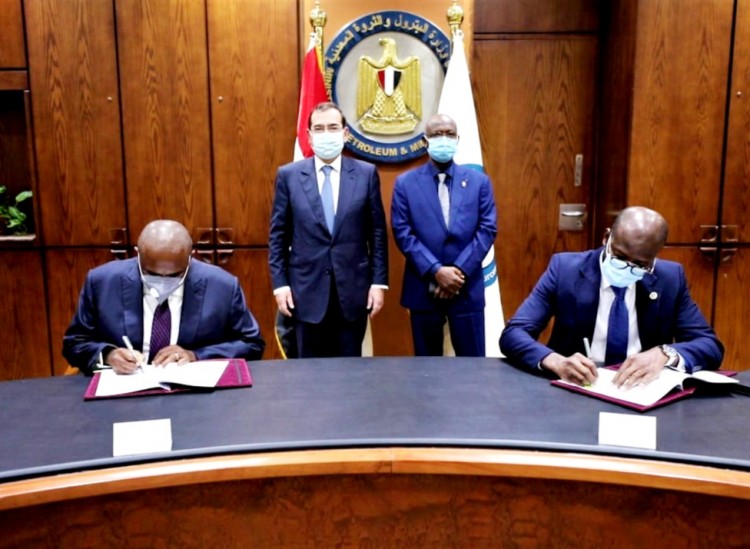 The African Export-Import Bank (Afreximbank) and Africa Energy Investment Corporation (AEICORP) signed a cooperation agreement that was brokered by Egypt  to enhance the energy sector.

The two parties will cooperate on projects of mutual interest in the energy sector especially in Africa’s infrastructure development to attract investments to the energy and mining sectors.

During the signing ceremony, Tarek El Molla, Minister of Petroleum and Mineral Resources, noted that the current period has encouraged a culture of cooperation between countries, affirming that it is imperative for Africa to achieve maximum economic benefit from its resources. He added that the petroleum industry in Africa is essential to the development of other sectors as well.

Benedict Oramah, President of Afreximbank, stated that the agreement aims to finance AEICORP’s endeavors to develop the infrastructure in Africa, as well as attracting investments to the planned petroleum activities. Oramah noted that the agreement will allow for facilitating plans to enter new markets as well as providing employees with training and development programs.

For his part, Zakaria Dosso, Managing Director of AEICORP, affirmed AEICORP’s commitment to improving the energy position in Africa, pointing out that technology should be utilized to benefit from Africa’s rich resources. Secretary-General of the African Petroleum Producers Organization (APPO), Omar Ibrahim, commented that the agreement is considered a cooperation milestone between development institutions in African. He also praised the leading role of El Molla in reaching the agreement.