DISCOVERY OF THE DECADE: ENI’S NEW DEEPWATER FIND BIGGEST EVER IN EGYPT. 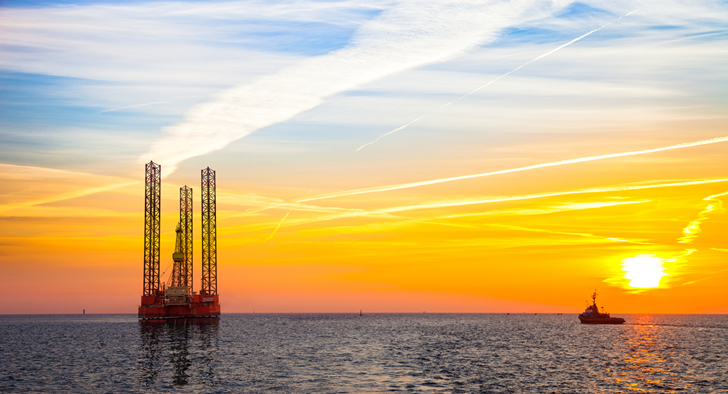 “This Historic Discovery Will Transform the  Energy Industry in Egypt”

Statements like this often course through the oil and gas industry in Egypt, but this time it may actually not be hyperbole.

In a company statement in late August, Eni announced a massive natural gas discovery off the Egyptian coast, the biggest gas discovery ever made in Egypt—or even the Mediterranean. The Zohr field within the deepwater El-Shorouk block has been found to hold an estimated 30 tcf of natural gas. The massive reserves are spread out over roughly 100 kilometers, and push the field’s classification into “supergiant” territory, an increasingly rare type as fossil fuels are drained globally.

Eni, which wholly owns the license for El-Shorouk, said the discovery is a validation of its strategy to continue exploration of areas already considered mature. The company won the El-Shorouk block in an international bid round held by EGAS—Egypt’s state-run gas authority—in early June of 2012.

“Egypt has still great potential,” Claudio Descalzi, the company’s CEO, said in the statement. “This historic discovery,” will transform the energy industry in Egypt. The national petroleum ministry confirmed the discovery in a separate statement.

With a market capitalization of $54b, Eni is in the rarified club of oil super-majors. The Italian oil and gas giant employs over 84,000 people in 83 countries around the world. According to Eni, production of gas has declined from a high of 4,500m cf/d in 2012 to approximately 4,200m cf/d today. But with this new announcement, that is likely to change dramatically.

“E&P is our main business, it is currently present in 42 countries and is focused on finding and producing oil and gas,” reads an investor-relations sheet on the company’s website.

Eni has a long history of working in Egypt, being active in the country since 1954 when Eni’s subsidiary IEOC made its first oil discoveries in the onshore Belayim Sinai fields and others in the Gulf of Suez. Eni fully acquired IEOC in 1961.

Eni recognized early on the potential of the Egyptian petroleum sector, and the company made efforts to better its relationship with the government. Enrico Mattei, Eni’s first president, enjoyed good relations with Gamal Abdel-Nasser, then-president of Egypt.

Eni’s activities in Egypt have been marked by a number of successes, resulting in major energy projects that have fostered the country’s economic development. The company has been particularly active in acquiring offshore blocks for development, even if those blocks are already considered mature.

Eni works in oil and gas exploration and production in Egypt through its branches, IEOC exploration, IEOC production, and IEOC SpA, it also operates through its joint operating companies Petrobel and Agiba.

IEOC performs exploration directly and coordinates development and production operations through operating companies jointly set up with the Egyptian General Petroleum Corporation (EGPC) and Egyptian Natural Gas Holding Company (EGAS). Shares of these operating companies are equally split by government partners EGPC or EGAS and IEOC and its international partners.

IEOC holds 53 licenses (45 of which are operated), for a total acreage of 11,691 square kilometers. These licenses are distributed in the country’s three main hydrocarbon provinces: the Gulf of Suez/Red Sea, the Nile Delta/Offshore Mediterranean, and the Western Desert.

IEOC is the leading producer in Egypt, accounting for about 28% of the gross annual hydrocarbon production in the country, (specifically; 30% of its liquids and 27% of gas. Eni and its subsidiaries currently produce 451,662 boe/d.

The Italian company is currently focusing on increasing gas reserves in the Mediterranean with the goal of meeting domestic demand in Egypt and the hope of increasing export opportunities. Its goals are increasingly ambitious in the face of declining production from mature fields.

In August 2014 the first of five development wells for Eni’s Deka gas project came online. Production started at 1.8m cm/d, and by February of 2015 it reached 6.5m cm/d. Production is being carried out by Eni’s subsidiary IEOC (which in turn is producing through Petrobel—a joint venture between the EGPC and IEOC).

In other licenses, IEOC shares ownership with BP in the fields of Ha’py, Hapy 9, Seth, Akhen, and Taurt in the Ras El-Barr Concession as well as the important discovery of Satis in North El-Burg Concession (the first opening of the high-potential Oligocene play in the Mediterranean).

IEOC’s most important oil operation is at Abu Rudeis in the Gulf of Suez. The Petreco Oil Center has capacity of 260,000 b/d. The center gathers about 101,000 b/d of oil from onshore and offshore fields including the Belayim Offshore, Belayim Onshore, Abu Rudeis, Sinai, and Ras Garra, all of which are operated by Petrobel.

Petreco is connected to the Feiran tank farm and marine terminal, with a storage capacity of 2m barrels. Agiba Petroleum, the other IEOC-operated company, produces about 3,000 b/d of oil from the Ashrafi offshore oil field in the Gulf of Suez. Agiba Petroleum also produces about 61,000 b/d of oil, mostly in the Meleiha area. Eni is also active in the Nile Delta—Egypt’s most prolific gas basin. The Abu Madi Offshore field was first discovered by the company in 1967 and remains one of the largest in Egypt.

Over the years, other significant gas discoveries and production has been brought online by Eni, including the onshore East Delta and El Qar, as well as the offshore Port Fouad, Darfeel, Barboni, Anshuga, Baltim East, Baltim North, El-Temsah, Tuna, Denise, and Denise South fields.

Eni has interests in more than just exploration in Egypt—with a 50% stake in Union Gas Fenosa—the company assigned to build and operate an LNG plant in Damietta. Other owners of the project include EGAS and the EGPC.

The Damietta plant is the largest single-train LNG facility worldwide, with a design capacity of around 5m tons of LNG per year. The plant produced its first LNG in December 2004, and loaded its first cargo in January 2005.

Eni, through Eni international, also holds a 33% stake in United Gas Derivatives Co. (UGDC), the company that built an NGL (Natural Gas Liquids) extraction plant near the El-Gamil production facilities. The plant is supplied from offshore fields where IEOC is a participant.

While the find is large enough that exports could be planned for, Egypt’s domestic market would probably need to be supplied first, no small task for an economy that gobbles up massive percentages of natural gas for electricity production. A spokesman who did not want to be identified confirmed that Eni will likely sell most of the fuel into Egypt’s domestic market.

This is far from ideal for the company, as better prices could be achieved by selling the fuel on the international market, however the political realities of the gas-starved nation may not allow for this more attractive option. Perhaps as a reflection of that, the day after announcing the find, Eni publically stated it would be open to selling all or part of its stake, which it currently owns wholly.

The announcement will create further uncertainty about proposed plans to export natural gas from the Tamar and Leviathan fields to Egypt. The fields, off the Israeli coast, are politically controversial for Egypt to import from in the first place. Even still, companies including Noble Energy have pushed plans to export the fuel to Egypt since the start of the year. Delek Group and partners in the Tamar field signed an export contract with Egyptian buyers in March, but no gas has been transferred so far. The new Eni find will almost certainly be seen as a much more attractive alternative.

However, with a minimum development period of at least four years, it will be about 2020 before any production is started in the El-Shorouk block, Eni says it plans to appraise the field “fast track development.” It was widely reported that Eni’s president met with Egyptian President Abdel Fattah El-Sisi the day before the massive discovery was announced, leading many to speculate the company was attempting to persuade the Egyptian government to lead the charge for fast-tracking the timeline. However, a project details—including its timing—has yet to be provided.

Natural gas is Egypt’s big challenge for the new millennium, being an invaluable resource for the economic development of the country and for exports. Moreover, it gives Eni a great opportunity to implement integrated projects that encompass the entire gas value chain.

Eni claims that this is perhaps the biggest gas discovery of all time, drawing the attention of oil majors and investors worldwide. The success—or failure—of this opportunity will reflect the true realities of the post-revolution government in Egypt.