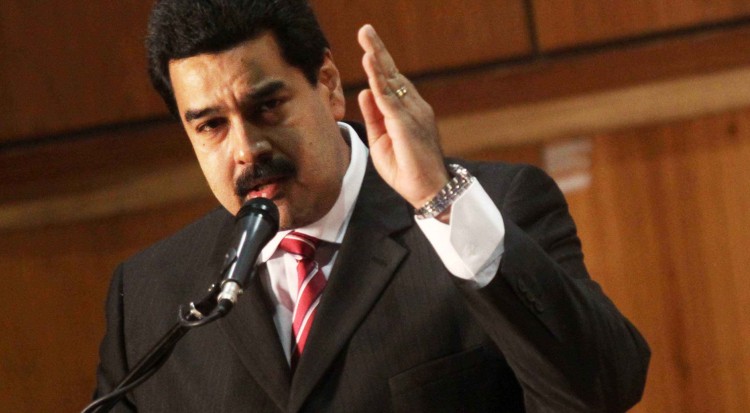 Venezuelan President Nicolas Maduro is beginning an international tour to try to stem the impact of falling oil prices and a deepening recession.

Mr Maduro goes first to China – a major source of loans for Venezuela – for talks with the Chinese President, Xi Jinping.

He will then travel to various Opec member countries to press for cuts in oil output that would boost prices.

Venezuelan oil prices have dropped by half since June.

The country gets most of its foreign currency from oil exports and is estimated to have the largest oil reserves in the world.

Before he left Venezuela Mr Maduro announced a number of new mechanisms aimed at addressing the country’s economic crisis.

He said he would create a strategic reserve, appoint a new board to run the organisation that manages currency exchange controls, and create new agencies to manage the distribution of commodities.

President Maduro has said his country is suffering the consequences of an economic war launched by US President Barack Obama “to destroy” the oil producers’ cartel, Opec.

He has also accused the US of flooding the markets with oil as part of an economic war against Russia.

The Venezuelan opposition blames the country’s economic crisis and shortages of many staples, such as corn oil and milk, on the socialist policies of Mr Maduro and his late predecessor, Hugo Chavez