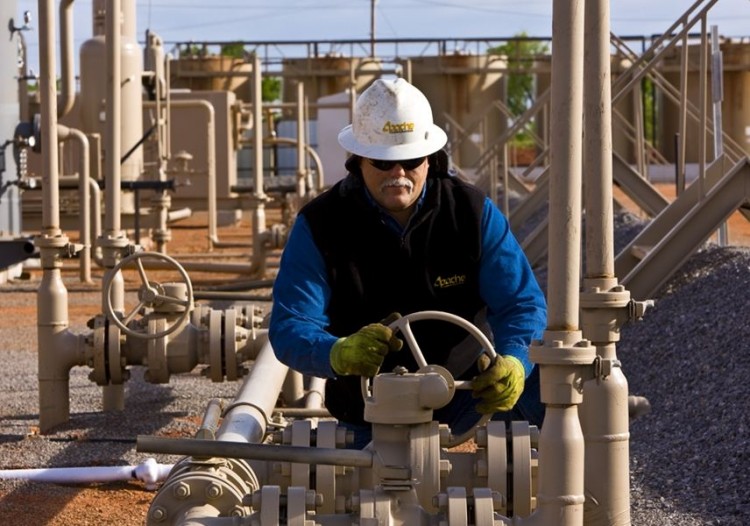 “When something on this scale happens, every board asks: ‘What do we do?’ And they call in their M&A advisers and ask them the same question.”

According to one senior oil executive, Royal Dutch Shell’s £55bn offer for BG Group, the biggest energy takeover in at least a decade, has prised open a window to dealmaking. The collapse in oil prices could lead to an industry shakeout.

Even before the Shell-BG deal, energy groups were accelerating spending cuts, delaying projects and selling assets to reduce costs. More than $100bn of investment has been deferred or scrapped in response to the near-50 per cent plunge in crude over the past year. Just six major oil projects were approved in 2014, the fewest in 15 years. Smaller companies from the US to the North Sea are struggling under high debts. Some are near bankruptcy.

As the economics of expensive new projects become questionable, companies sitting on lower-cost oil and gas output in America’s shale producing heartlands are expected to become targets for predators, particularly those with weak balance sheets. So too could operators with cost-effective production but stretched finances elsewhere in the world, such as Sweden’s Lundin or Gulf Keystone and Tullow Oil, which are focused on oil in Kurdistan and Africa respectively.

“The cold wind of austerity has hit the independents hard,” says one chief executive. “I would be surprised if a quarter or a third of companies with more solid assets don’t combine.”

One response to the oil price fall may be to seek salvation in size, as the industry did after the 1998 collapse, creating today’s “supermajors”. The problem, though, with the mega-merger scenario is that there are few such plausible combinations.

ExxonMobil buying BP is one, the attraction being the UK company’s Gulf of Mexico presence, its Brazilian and Angolan assets, and the prospect of cost savings. But the British government has added to the risks surrounding a deal — the greatest being as yet uncapped liabilities from the 2010 Deepwater Horizon disaster — by making clear its opposition on the grounds it wants the group to remain a British industrial champion with global reach. Total and Italy’s Eni have close governments links, complicating any cross-border deals with them.

Set Shell-BG aside, and buyers and sellers are far apart, the result of oil’s volatility. “There is really nothing cheap out there, no big bargains to be made,” says Eldar Saetre, Statoil’s chief executive. “The big transformation stuff is challenging.”

Deals will be done. But it will be oil companies’ efforts to jettison costly projects and reshape portfolios with cheaper output that determine what the industry looks like years from now.

Small and medium-sized US shale producers are starting to become attractive targets for large energy groups that do not have big exposure to these unconventional oil resources. Such producers may be of particular interest to large groups with low leverage but relatively high cost oil and gas output.

Many shale producers reacted to the crude price plunge by slashing costs and improving their productivity, thereby reducing “break-even” levels for untapped resources to a US crude price of about $60, and making these barrels more economic to extract than much of the deepwater, heavy oil and even conventional reserves.

If recent productivity improvements continue, shale oil production in the US could go as high as 15m barrels a day in the long term. Certain analysts say US shale is replacing Opec as the world’s “swing” producer, reacting swiftly to moves in supply and demand.

Some of the US shale producers are vulnerable to takeovers because they have weak balance sheets.

The ratio of net debt to earnings before interest, tax, depreciation and amortisation for 29 US producers is predicted by analysts at Goldman Sachs to double this year from 2014, to a group-wide two times ebitda as profits fall on the back of the lower oil price. Some companies could rise to as much as five times.

The Goldman analysts say shale producers that could become targets include Continental Resources, EP Energy and Halcón Resources, whose leverage — net debt as a percentage of capital employed — is predicted to reach 61 per cent, 49 per cent and 61 per cent respectively next year.

So far, though, M&A involving US shale companies has been sluggish. The only deal of any size has been Noble Energy, one of the larger US independents, buying Rosetta Resources for about $3.7bn including debt.

Also, most companies with good positions in the three main US shale areas — the Bakken of North Dakota and the Eagle Ford and Permian Basin of Texas — are not yet under the financial strain that would force them to seek a buyer at a knockdown price. Capital marke

However, the longer oil prices stay low, the more likely that is to change, according to Peter Speer of Moody’s, the credit rating agency. “If we get to the latter part of this year and into next year, and we don’t have a strong oil price recovery, then we will definitely be seeing more transactions,” he says.

The next round of borrowing renegotiations for smaller US oil companies, which determine how much banks are prepared to lend, is looming in September. It is expected to result in a further tightening of funds that will be available.

Companies that have raised new equity this year are expected to find it harder to do the same again. Hedging strategies that protected producers from the full effects of the price drop this year offer much less protection for 2016.

The bigger players, and especially the majors, may therefore bide their time before taking a gamble on shale, or assets in Kurdistan and Africa.

Should crude prices of $60 or less persist into next year, they could yet find that wait worthwhile.