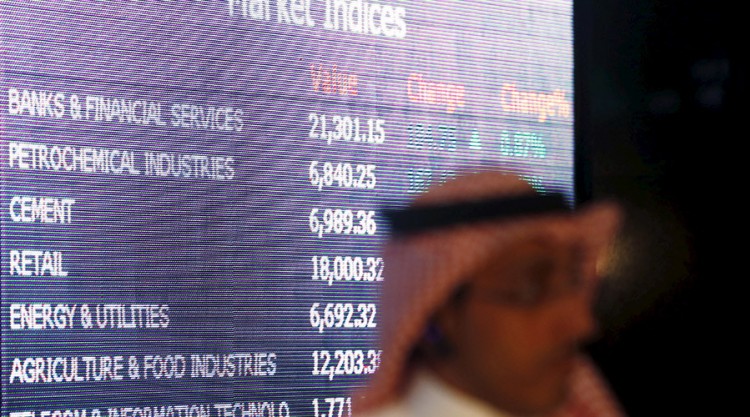 A trader stands in front of a screen displaying stock information at the Saudi Stock Exchange (Tadawul) in Riyadh June 15, 2015. The chief executive of Saudi Arabia’s stock exchange said on Monday he expected a flurry of licenses allowing the first foreign investors to buy shares there in coming weeks. To match Interview SAUDI-STOCKEXCHANGE/ REUTERS/Faisal Al Nasser – RTX1GK2O

Emirati Brooge Petroleum and Gas Investment Co (BPGIC) plans to raise $400 million in capital in an initial public offering (IPO) on the London exchange before the end of 2018, three sources familiar with the matter told Reuters.

BPGIC is looking to diversify its investor base through the IPO, and has approached both HSBC and First Abu Dhabi Bank to advise on the public share sale, the sources said.

The IPO plan comes as the company looks to expand the storage capacity of its Fujairah oil hub.

Fujairah is one of two major petroleum storage ports at the entrance to the Strait of Hormuz.
buy Xenical generic rxxbuynoprescriptiononline.net over the counter

The location is a strategic refueling point for tankers leaving the Gulf for long journeys.

BPGIC is currently working on the second stage of its Fujairah storage terminal, which will add another 600,000 cubic meters of capacity across eight tanks. The facility currently has a 400,000-cubic-meter capacity across 14 tanks, established during the first phase of development which began operations in January.

The expansion is expected to be finished by the end of 2019.