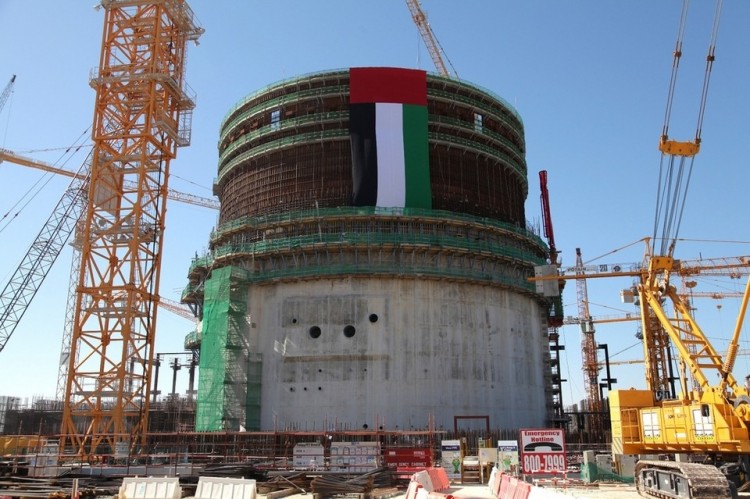 The submittal follows a five year-long process in which Enec and the Korea Electric Power Corporation (Kepco), the prime contractor of Enec’s programme, documented the safety of the planned operations and maintenance of the Barakah plant and its adherence to the highest standards of safety, quality and security, said a statement.

“The successful and on-time submission of this OLA is a crucial milestone in our journey to becoming fully operational in 2017, and delivering on our mission to connect safe, clean and reliable nuclear energy to fuel the country’s continued growth.”

Enec’s submission, on behalf of its operating entity, seeks a FANR license to safely operate and maintain the UAE’s first two nuclear energy plants, which are currently under construction at Barakah, in the Western Region of Abu Dhabi.

The OLA, which is approximately 15,000 pages in length, took an extensive team of Enec and Kepco employees, in addition to a number of international experts approximately five years to complete – with preparations beginning following the organisation’s successful Construction License Application (CLA) to FANR for Units 1 & 2 in 2010.

“The submission is the culmination of many years of work by Enec and Kepco. It is proof of the organization’s successful transformation into a world-class nuclear operating company, capable of reliably operating and maintaining the country’s first nuclear fleet to the highest international standards,” said Al Hammadi.

The application has now been submitted for evaluation by FANR and its team of international nuclear energy experts who will commence an in-depth examination process.

During the comprehensive examination, Enec will respond to FANR’s requests for additional information on the OLA as its team reviews the application and the licensing process continues.

Enec is aiming to receive an Operating License for Barakah Unit 1 next year, in time for the scheduled start of commercial operations in 2017. The approval for the Barakah Unit 2 Operating License is anticipated to follow in 2017. ENEC’s application seeks a license to operate both plants for 60 years – the expected operating life of Enec’s chosen APR1400 plant design.

The submission also includes a Safety Assessment Report for Barakah NPP which builds on the comprehensive nine-month safety design review that was submitted to FANR in December 2011 following the event of the event at Fukushima Daiichi.

This review formed part of Enec’s CLA submission, and while the results of the review found Enec’s plant to be very robust, additional design enhancements were made to further improve plant safety margins. This report provides updated information and further analyses results, as well as detailed lessons learned from the accident at Fukushima Daiichi.

In advance of the OLA submission, Enec has also applied to FANR for two separate licenses related to the import, receipt, and possession of radioactive and nuclear materials, which were submitted to FANR for approval earlier this year, said the statement.

Enec anticipates receiving these licenses well in advance of the scheduled first fuel load for the UAE peaceful nuclear energy programme, which is expected to take place next year, it added.

Meanwhile, the construction of the Barakah Nuclear Power Plant is progressing safely and steadily, with Unit 1 now more than 69% complete and scheduled for completion in 2017.

Additional units will follow at 12 month intervals, with the fourth unit set to commence commercial operations in 2020, pending regulatory approvals.

Upon completion, the four APR-1400 units will boast a combined capacity of approximately 5,600 MW and will be capable of generating approximately 25% of the UAE’s electricity needs while saving up to 12 million tonnes of carbon emissions every year .

In parallel to its large-scale construction programme, Enec is focused on developing the highly skilled nuclear energy workforce required to meet the needs of this growing industry and ensure the safe and successful operation of its plants.

To date, Enec has more than 1,400 staff and the organisation’s comprehensive Energy Pioneers human capacity development program ensures that the organisation attracts the best and brightest and continues to invest in its people throughout their careers with world-class training and development opportunities.