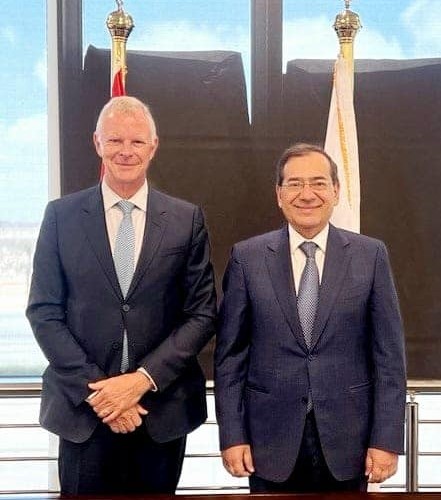 Minister of Petroleum and Mineral Resources Tarek El Molla held a joint session of talks with Roeland Baan, CEO of Danish Topsoe and his accompanying delegation, in the presence of Hisham Nour El Deen, Head of the Central Administration of the Minister’s Office.

The meeting discussed energy transformation projects and the possibility of benefiting from the Danish company’s expertise in green ammonia technologies.

El Molla stated that Egypt’s efforts to become a regional energy hub were reviewed, the importance of blue ammonia was also discussed, and how to benefit from the expertise of Topsoe in these advanced technologies. This will help contribute to achieving Egypt’s ambitious goals in the short term in reducing carbon emissions during the transition to green solutions. 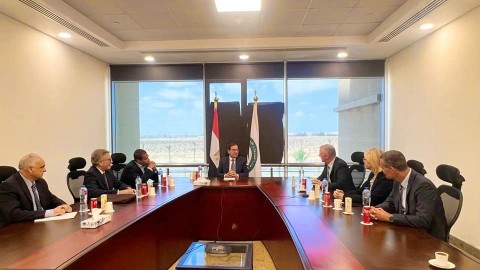 The Egyptian minister explained that pumping more investments into research and development in these areas is in line with the goals and plans of the Egyptian state to reduce carbon emissions and produce environmentally friendly materials and renewable fuels, such as green hydrogen and green ammonia and blue ammonia.

Baan expressed the desire of his company, which owns the SOEC electrolyzer which provides a unique base, to contribute to the plans of the Egyptian Petrochemical Holding Company and Abu Qir Fertilizer Company in the field of green ammonia.

The meeting also discussed the role of sustainable aviation fuel (SAF) to meet European standards in the field of aviation and the global record of Topsoe in this SAF field.