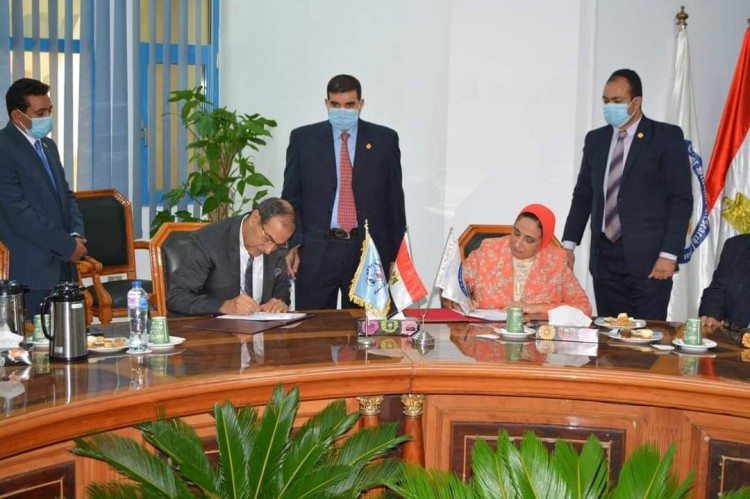 The report indicated that the protocol is in line with the directives of President Abdel Fattah El Sisi who stresses the important role of scientific research institutions in employing modern technology applications for the benefit of the country’s development projects.

Aimed at achieving the sustainable development goals and implementing the strategy of the Ministry of Higher Education and Egypt’s Vision 2030, the protocol focuses on linking research centers, institutes, and bodies.

Abdel Latif explained that the scope of the scientific cooperation includes several areas, namely energy sources and its alternatives, materials science and engineering and its applications, water treatment and its technologies, applied and environmental geophysics, scientific training, among others.

For his part, Moustafa stressed the importance of integration and cooperation between all state institutions, pointing out that the main objective of cooperation agreements and protocols is to benefit all parties.