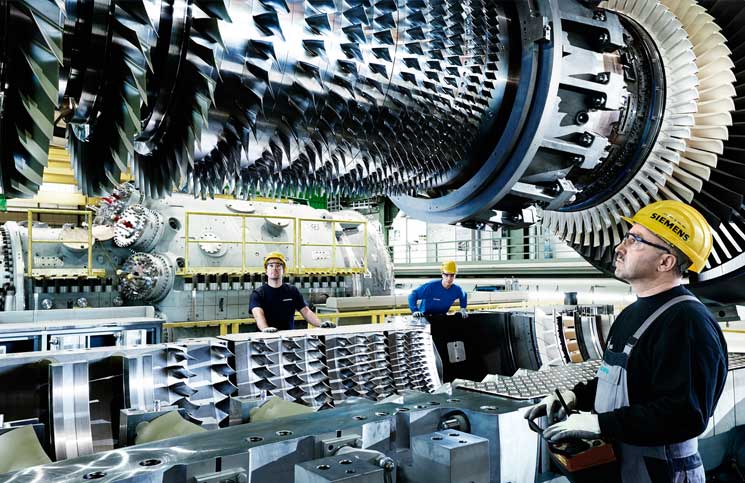 Dubai Electricity and Water Authority (Dewa) has signed a turnkey construction contract worth Dh1.47 billion ($400 million) for the expansion of the M-Station power and water desalination plant in the Jebel Ali area of the emirate.

The M-Station, built at a cost of Dh10 billion ($2.7 billion), is the newest and largest power production and desalination plant in the UAE, with a total capacity of 2,060 MW of electricity and 140 million gallons of water per day.

The station adopts the highest levels of availability, reliability, and efficiency, using the most advanced technologies in the world.

The new combined-cycle power plant will add a further 700 MW to the installed generating capacity of M-Station, boosting its capacity to 2,760 MW when the project is completed in 2018, said Saeed Mohammed Al Tayer, the managing director and chief executive of Dewa after signing the deal with Dietmar Siersdorfer, the CEO of Siemens in the Middle East and UAE.  The ceremony took place on the sidelines of Water, Energy, Technology and Environment Exhibition (Wetex 2015) which opened today (April 21) in Dubai.

Dewa had earlier appointed Mott McDonald as the consultant for the project.

Al Tayer said Dewa was working to build sustainable systems for the production, transmission and distribution of electricity and water to the highest international standards, to contribute to the success of Dubai and the UAE.

Siersdorfer said Siemens had been a trusted partner to Dewa for more than 30 years, and was committed to driving the sustainable development of Dubai and the UAE with clean and efficient power technologies.

“As Dubai looks forward to Expo 2020 and the realisation of its ambitious future vision, we are proud to be a significant contributor to essential infrastructure in the emirate,” he added.

Jebel Ali Power Station includes M-Station, which is one of the main pillars that enable Dewa to provide Dubai with a very reliable, efficient and high quality electricity and water supply.