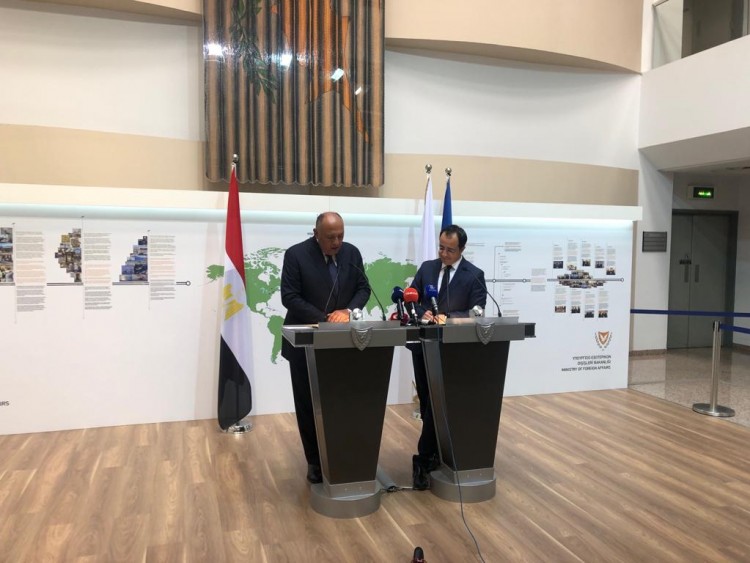 The Minister of Foreign Affairs, Sameh Shoukry, has met with the President of Cyprus, Nicos Anastasiades, on July 31, and delivered a letter from President Abdel Fattah El Sisi to his Cypriot counterpart, according to an official statement.

In his letter, the President also expressed Egypt’s interest to host the seventh summit for the tripartite cooperation mechanism in Cairo to advance economic cooperation between the tree countries, especially in the energy sector.

Shoukry met earlier with his Cypriot counterpart, Nikos Christodoulides, and discussed cooperation between Cairo and Nicosia.

The Egyptian minister further pointed to the role played by mega hydrocarbon discoveries in enhancing ties between the two countries, emphasizing the importance of the East Mediterranean Gas Forum (EMGF). 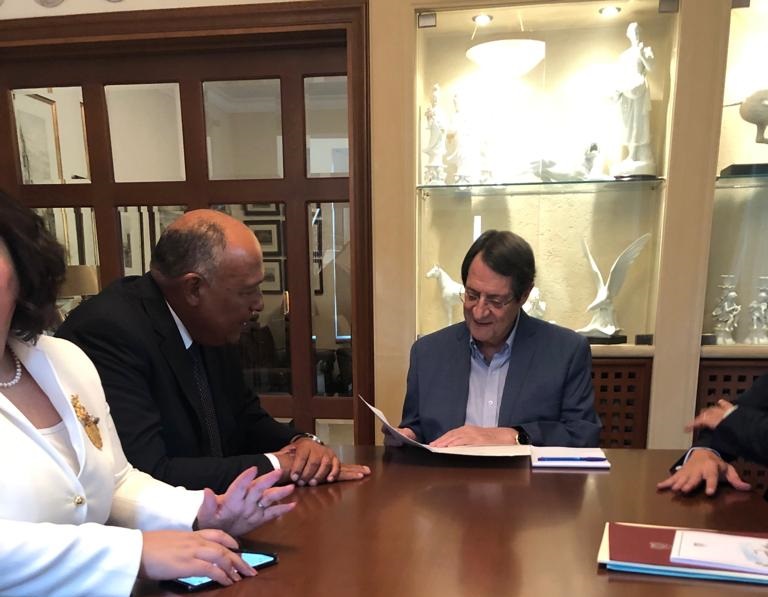