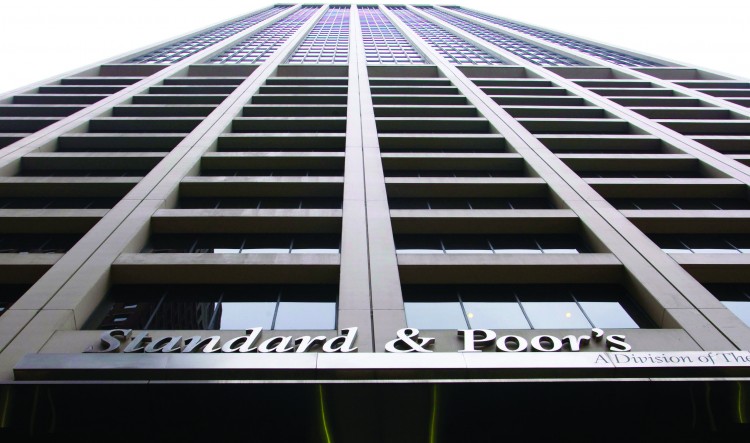 Saudi Arabia, the world’s largest oil exporter, had the outlook on its credit grade cut to negative by Standard & Poor’s while other struggling energy-producing nations had their ratings lowered.
The Saudi kingdom could lose its AA- credit ranking, the fourth-highest debt grade, in two years if its “liquid assets” decline or its fiscal position weaken, S&P said in a statement Monday. The rating company also cut the grades of Oman, Bahrain, Kazakhstan and Venezuela by one step, citing lower oil prices.

A 50% drop in oil since June is eroding government revenues of energy exporters and dimming their growth prospects. S&P said oil will average $70 a barrel by 2018, down from a forecast of $85 in December, when it lowered Saudi Arabia’s outlook to stable from positive.

Saudi Arabia, which relies on oil and gas for about 90% of government revenue and for 85% of its exports, may face “sustained” budget deficits over the next few years as lower crude prices persist, the rating company said.

“It’s worrying that a country with a solid upper investment grade credit is cut,” Nicholas Spiro, a managing director at Spiro Sovereign Strategy, said by phone. “This shows the breadth and the depth of the effect plunging oil prices are producing on both the most credit-worthy countries like Saudi Arabia and the not-so-credit-worthy Kazakhstan.”

S&P lowered Kazakhstan to BBB, the second-lowest investment grade, and kept a negative outlook saying falling oil “materially” affects the country’s economic growth and fiscal balances.
It also downgraded Bahrain to BBB-, just one level above junk, with a negative outlook, while cutting Oman to A-, the seventh-highest grade.

While the cut in Bahrain’s rating “doesn’t come as a surprise, there might be an initial reaction,” Doug Bitcon, a fund manager at Rasmala Investment Bank Ltd., said by phone today. “Bond prices will depend on where oil goes next. Nobody predicted the decline in oil prices and it has taken everybody a while to understand OPEC’s action and the new normal.”

Venezuela’s rating was lowered to CCC, or eight levels below an investment grade, with a negative outlook. S&P said growing “economic distortions” and sustained political polarization raise the risk of a default over the next two years.