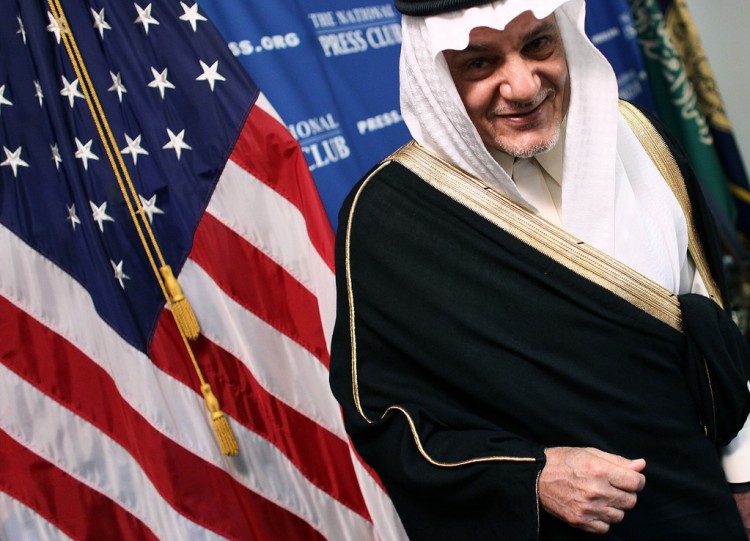 Any terms that world powers grant Iran under a nuclear deal will be sought by Saudi Arabia and other countries, risking wider proliferation of atomic technology, a senior Saudi prince warned on Monday in a BBC interview.

“I’ve always said whatever comes out of these talks, we will want the same,” said Prince Turki al-Faisal, who has previously served as head of Saudi intelligence and Riyadh’s ambassador to Washington and London but is no longer a government official.

Saudi Arabia sees Iran as its main regional rival and fears that an atomic deal would leave the door open to Tehran gaining a nuclear weapon, or would ease political pressure on it, giving it more space to back Arab proxies opposed by Riyadh.

Iran and six world powers known as the P5+1 group are holding talks to reach a deal aimed at assuaging their fears that Tehran is using the fuel enrichment process of its atomic power programme to secretly develop a nuclear weapon.

Tehran denies that charge and wants to lift heavy international sanctions that have been put on its economy.

“If Iran has the ability to enrich uranium to whatever level, it’s not just Saudi Arabia that’s going to ask for that,” the prince was quoted as saying by the BBC.

Although Prince Turki is not a Saudi official, his comments are widely understood to reflect the thinking at senior levels of the Al Saud ruling family.

“The whole world will be an open door to go that route without any inhibition, and that’s my main objection to this P5+1 process,” said the prince, who is a brother of Foreign Minister Prince Saud al-Faisal.