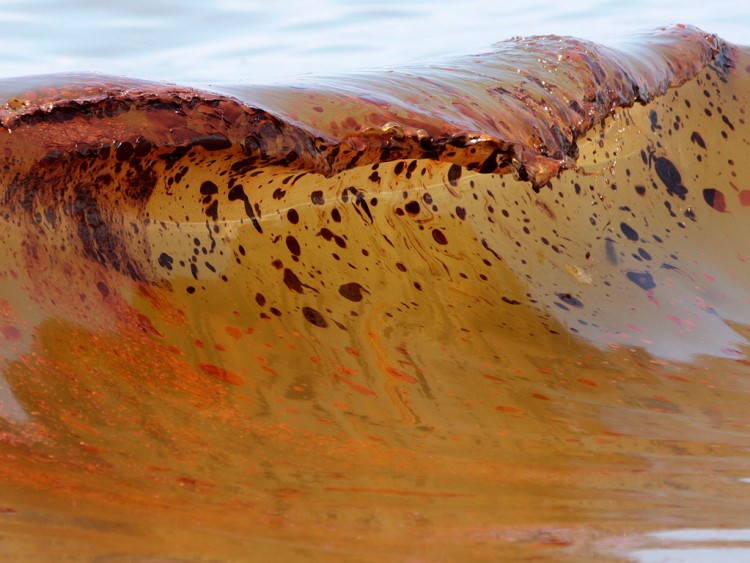 By Matt Hamilton and Javier Panzar

A ruptured pipeline near Santa Barbara leaked an estimated 21,000 gallons of crude oil Tuesday, some of which flowed into the ocean and left a thick coat of black tar along the county’s pristine shores, authorities said.

The rupture, located along an 11-mile long underground pipe that’s part of a larger oil transport network bound for Kern County, was first reported about noon after a woman at Refugio State Beach in Goleta smelled the crude’s noxious fumes.

It’s unclear what caused the break in the pipeline.

After flowing from the pipeline, crude pooled in a culvert before spilling into the Pacific, where it created a four-mile-long sheen extending about 50 yards into the water. Officials said winds could send the oil another four miles south toward Isla Vista.

The pipeline, built in 1991 and designed to carry about 150,000 barrels of oil per day, is owned by Houston-based Plains All American Pipeline, which said in a statement that it shut down the pipe. The culvert was also blocked to prevent more oil from flowing into the ocean, the company said.

By late Tuesday, a thick layer of crude had begun to wash ashore, with black tar smearing the rocks as the brackish tides arrived.

“It is horrible,” said Brett Connors, 35, a producer from Santa Monica who said he spotted sea lions swimming in the oil slick. “You want to jump in there and save them.”

Federal, state and local authorities arrived at the scene to investigate the cause of the leak and coordinate cleanup efforts, said Alexia Retallack, spokeswoman for the California Office of Spill Prevention and Response. Gov. Jerry Brown was briefed on the incident and is “monitoring the situation with great concern,” said spokesman Evan Westrup.

During the several-hours-long leak, about 21,000 gallons escaped the pipeline, Coast Guard officials estimated. State officials and the pipeline’s owner declined to say how much oil had leaked.

Refugio State Beach and area fisheries were closed, and a warning was posted at El Capitan State Beach, according to county emergency officials.

At the beach in Goleta, construction workers Josh Marsh and Morgan Miller wore rubber boots and carried buckets to help clean up the area. Both were awestruck by the now-polluted coast, which had the benzene-laced odors of a gas station.