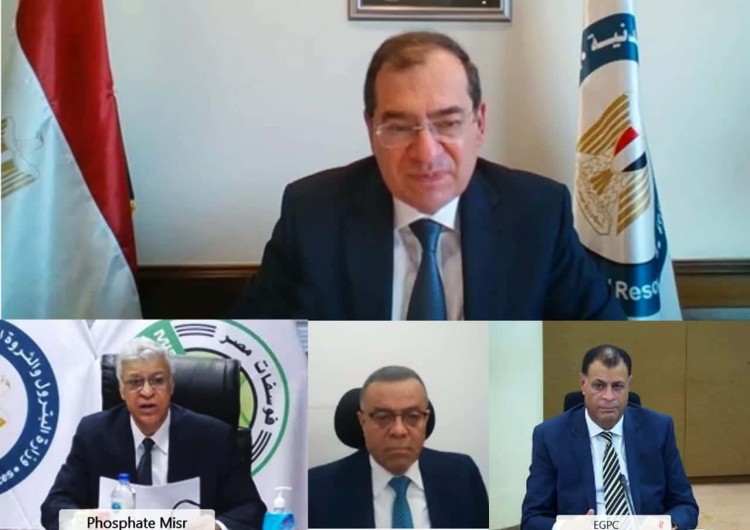 PhosPhate Misr Company sales  of phosphate amounted to 2.4 million tons in 2020, a 9.2% rise over 2019, despite the effects of COVID-19 pandemic, according to a press release.

This announcement was made by PhosPhate Misr Company’s Chairman, Mohamed Abdel Azim, during the company’s general assembly meeting with the Minister of Petroleum and Mineral Resources, Tarek El Molla via videoconference to approve the achievements of 2020.

Additionally, Abdel Azim affirmed that the efforts to maximize phosphate ore stocks are continuing successfully, stating that reserves and stocks have been verified in seven sectors in the Red Sea, Sebaiya, and El Wadi El Gedid regions and three areas have been put into production. Abdel Azim further added that the company is currently working to confirm 60 mmt of reserves to meet the needs of the new phosphoric acid project in Abu Tartour in El Wadi El Gedid Governorate.

Abdel Azim also mentioned the establishment of an experimental project to remove dust from phosphate ore with a capacity of 30,000 tons per month to meet the European market standards. He also added that the company is working to raise the production rates of dust-free materials to reach 700,000 tons annually.

For his part, El Molla emphasized the necessity to maximize Egypt’s phosphate resources and increase the added value.

He also stressed that exploration programs should help determine reserves of crude phosphate to be supplied to local industries or exported.