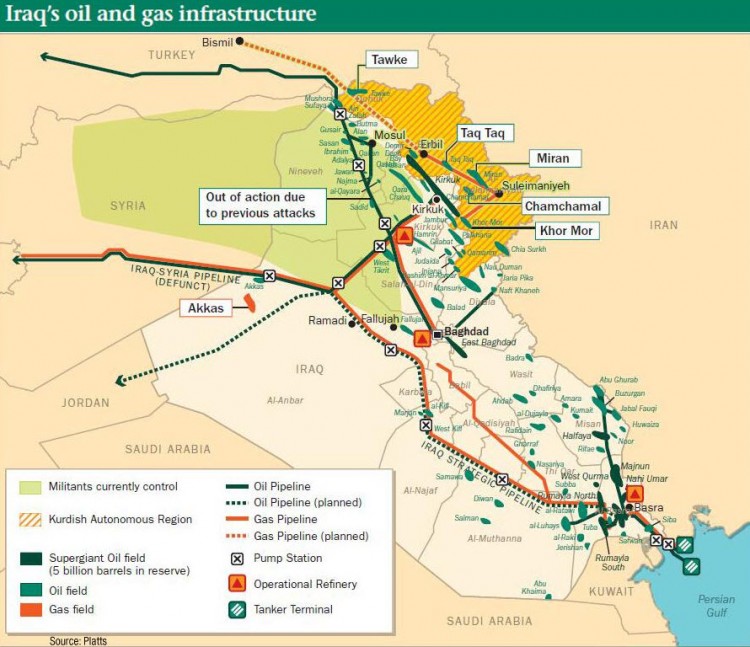 International oil companies could boost production in Iraq beyond current targets if production contracts were changed to give more incentives for investment, according to BP Plc and Royal Dutch Shell Plc, reported Bloomberg.

Companies working in the country have proposed that the government change contracts from the current service-fee model to be closer to production sharing agreements, Michael Townshend, BP’s regional president for the Middle East, told reporters in Abu Dhabi last week.

Under the existing model companies working in Iraq are paid a fee, either in cash or with barrels of oil, based on meeting output targets.

“The government should consider revamping the oil companies’ contracts by stretching out the period over which the projects have to pay off their costs and by raising the level of remuneration for the companies over the longer term,” Mills added.

In related news Platts quoted Michael Townshend as saying that his company remains committed to its contract to boost production at Iraq’s giant Rumaila oil field, despite challenges, he explained.

That is, the security situation in Iraq and the continued persistence of low oil prices.

Townshend was speaking at a press conference on the sidelines of the Abu Dhabi International Petroleum Exhibition and Conference in the UAE capital.

He also said that he expects the operating environment in the region and elsewhere to remain challenging for international oil companies in the medium term, with international crude prices seen as unlikely to move significantly above $60/barrel within the next three years.

Global oil supply and demand are unlikely to be rebalanced until late next year, and it would take another two years for existing stocks to be absorbed, he added.