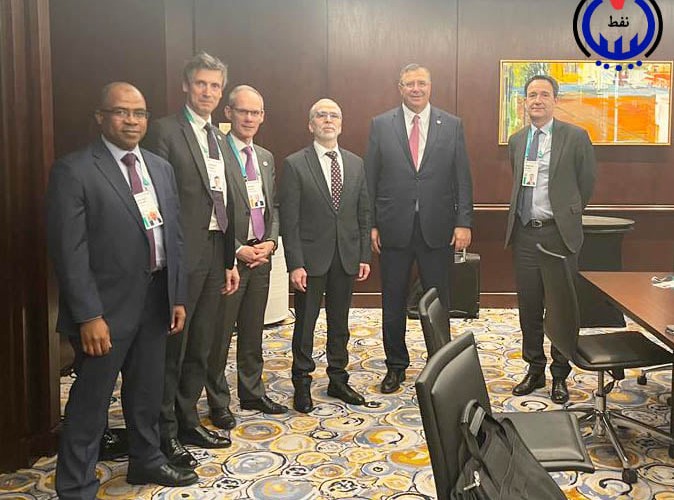 The Chairman of Libya’s National Oil Corporation (NOC) Mustafa Sanalla has held discussions on how to ramp up the production rates of Waha Oil Company with TotalEnergies CEO Patrick Pouyanné and ConocoPhillips CEO Ryan Lance.

These discussions took place in two separate meetings that were held on the sidelines of the CERAWEEK conference in Houston, USA.’

During his meeting with Pouyanné, Sanalla searched for ways of rehabilitating the infrastructure and developing the discovered fields. Also, the two sides discussed the return of the Mabrouk field to production at the beginning of 2023. Additionally, they discussed the NOC’s strategy to increase production gas production from onshore and offshore gas assets. 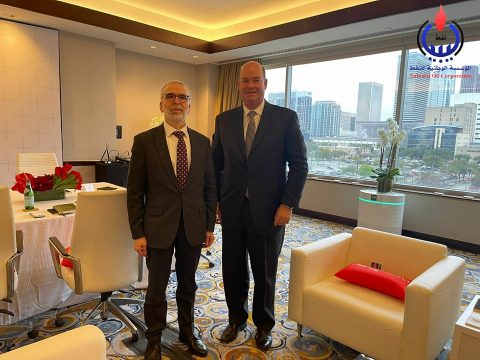 In his meeting with ConocoPhillips CEO, Sanalla examined Waha Oil Company’s oil and gas reserves and the rehabilitation of infrastructure in order to increase the current production rates of the Waha Oil Company through drilling shut-in wells and putting them in production, as well as the development of the discovered fields such as the North Gailo field, plot NC98, in addition to discovered and undeveloped fields.

NOC stated that it has been agreed to arrange a technical workshop between the technical teams of NOC and ConocoPhillips to discuss the details of the strategy to increase the production rates of Waha Oil Company.