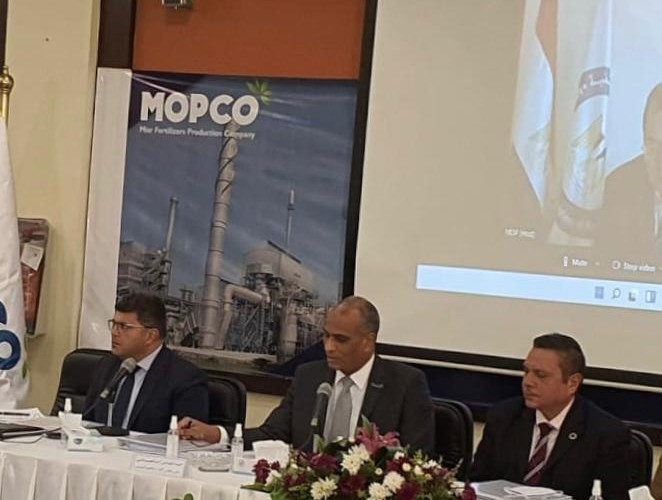 Misr Fertilizer Production Company (MOPCO) announced that it has achieved total revenues of around EGP 10.3 billion in 2021, an increase of 40% over the previous year.

This came during a general assembly to review the company’s performance in 2021. MOPCO’s Chairman Ibrahim Mekky praised the efforts made by all employees leading to the achievement of the production plan despite the many challenges that the year witnessed, as it was able to fulfill its obligations and continue marketing its products internally and externally.

Mekky also explained the future plans for development, expansion, and raising production capacity. MOPCO is currently implementing three integrative projects to achieve the highest added value of natural gas and its products, achieve sustainability and preserve the environment. He also discussed a project to establish a unit for the recovery of carbon dioxide from stacks (CO2 Recovery).

He added that there is a project to increase the production capacity of urea and ammonia producers (UREA & AMONIAREVAMP) with a quantity of 109,000 tons per year of ammonia and 190,000 tons of urea. This is in addition to a project to establish a factory for the production of melamine used in adhesives for the manufacture of wood and high-resistance concrete.

The excess urea quantities will be used in value-added projects such as the methanol derivatives project of the Suez Methanol Derivatives Company (SMD), and the melamine project, Mekky added.

The general assembly was attended by Saad Helal, Chairman of the Egyptian Petrochemical Holding Company (ECHEM), representatives of the Financial Supervisory Authority and the Central Auditing Organization, as well as representatives of major shareholders and the public offering.