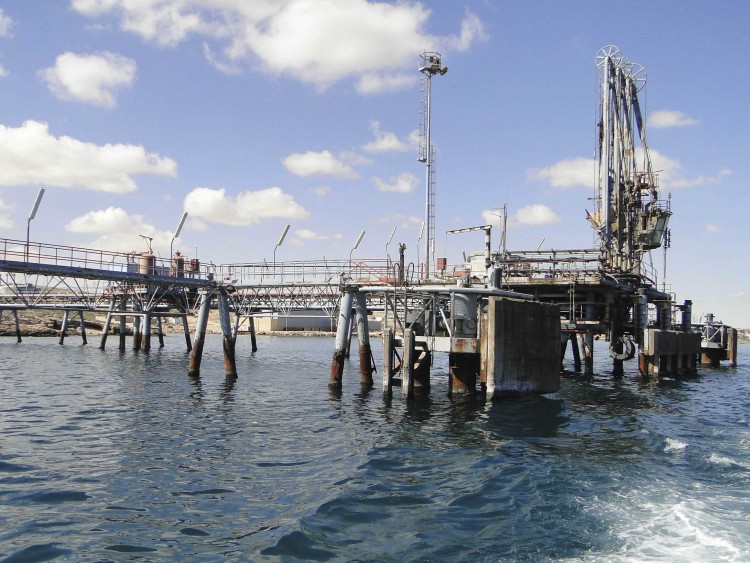 A tanker bound for Italy was loading 600,000 barrels of oil at the Libyan port of Hariga on Sunday, an oil official said, the eighth loading at the eastern terminal this month as exports continue despite fights between armed factions.

Another tanker, also bound for Italy, lifted 130,000 barrels of oil on Wednesday at the Zueitina port, which is also located in the east of the OPEC member country, a second oil official said.

Rising exports from the ports of Hariga and Zueitina offer some hope for Libya’s oil sector, which has been battered by Islamist militant attacks and fighting between rival factions.

Zueitina port does not expect any new tankers in the next few days, one of the oil officials said, adding that bad weather would make docking impossible.

A number of major oilfields have stopped working due to the struggle between the recognized government in the east and a rival administration that took control of the capital Tripoli in August 2014.

Even so, Libya’s oil output has risen to 622,000 barrels per day, a production report by state firm NOC showed on Friday.

The emergence of militants aligned with Islamic State have also hit Libya’s oil industry. Up to 10 foreign workers are missing after an attack this month on the al-Ghani oilfield by militants loyal to Islamic State.

Militants have also attacked and damaged several oilfields around al-Ghani, forcing the government to declare force majeure, pull out workers and shut down production at 11 oilfields in the central Sirte basin.